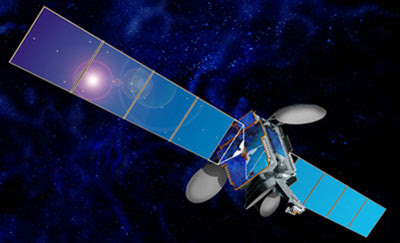 The broadcasters that rent these frequencies have a few things in common channels from cultures which are clashing in one way or another share space on them. There are channels broadcasting to émigré communities in free places like the US and Australia, and a subtext of hostility within.

Arabic, Chinese, Hindi, channels have slots peppered in with one another along with Christian Evangelical programming and a number of encrypted and subscription carriers from industries and big western media outfits.
In a way its a reflection of what the global media is turning into so specific and factional in view. Like the European that has to learn one more language or two just to find out that his fellow European neighbors actually hate him, collisions are inevitable, and ignorance of what another cultures public temperament really is remains a mystery.

Baiting populations into anger and the tales of hatred from the Arab media are legendary as Memri.org documents daily. Without any great interest in learning those languages, the natives, such as we are, have no idea whats being said and respond when the margins are pushed. Broadcasting in a free society is nearly sacred in the Western view, as is the hutzpah of writing back which is the only thing that keeps the media honest.

The irony is that now that communications IS global, what the research intensive blogs are doing to keep the western media honest could well work with the medias of those cultures which are dueling with the world with cemtex undies and duped car-bomb drivers.

Where then are these broadcasters ubiquitous in their spill-over? [footprint] A place where rebuttal may be too late.

Note too the presence of either DW-TV or a version of BBC World intended for local consumption. just as TV5 tries to make itself similarly ubiquitous.