The Day the Pilot Who Led the Attack on Pearl Harbour Met the Pilot of the Enola Gay; & 19 Other Wise Voices About Hiroshima 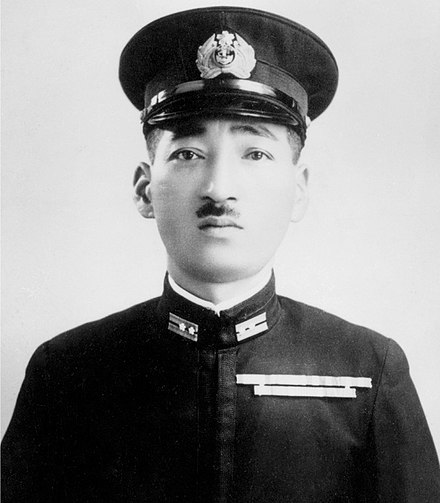 Fourteen years after the end of World War II, according to Wikipedia, the pilot who commanded the attack on Pearl Harbor happened to meet with none other than the pilot of the plane which dropped the atomic bomb on Hiroshima.

In 1959, [Mitsuo Fuchida] was among a group of Japanese visiting the tour of U.S. Air Force equipment given by General Paul Tibbets, who piloted the Enola Gay that dropped the atomic bomb on Hiroshima. Fuchida recognized Tibbets and had a conversation with him. Tibbets said to Fuchida that "[y]ou sure did surprise us [at Pearl Harbor]" in which he replied "what do you think you did to us [at Hiroshima]?" Fuchida further told him that:

You did the right thing. You know the Japanese attitude at that time, how fanatic they were, they'd die for the Emperor ... Every man, woman, and child would have resisted that invasion with sticks and stones if necessary ... Can you imagine what a slaughter it would be to invade Japan? It would have been terrible. The Japanese people know more about that than the American public will ever know.

In September 1949, incidentally, after hearing how the Western forces had treated their enemies with love and forgiveness and after subsequently reading the Bible, Mitsuo Fuchida had converted and become a Christian. (Aligato to Ed Discroll-San.)

Over at The Daily Signal, Hans von Spakovsky remembers

the many Americans who fought and sacrificed … 73 years ago in the Battle of Okinawa. The event was Operation Iceberg. It was the bloodiest battle and the largest amphibious assault in the Pacific Theater of World War II.

Unlike the majority of wars which flicker out when the outcome becomes obvious, World War II in the Pacific grew increasingly bloody as U.S. forces approached the Japanese homeland. For instance, the battle for Okinawa, the costliest battle for the Americans — and one of the costliest as well for the Japanese — did not end until June 21, 1945, i.e., after the Germans' surrender in the European theater.

Nor did the fighting in the Philippines end until June 10, also (a full month) after the Nazi surrender.  Back to Hans von Spakovsky:

The Battle of Okinawa only served to raise those estimates, as had the recent brutal battle for Iwo Jima, where U.S. casualties numbered 26,000 over five weeks of fighting. Only a few hundred Japanese had been captured out of the 21,000 troops who fought to the death.

Those expected casualties were the major reason for President Harry Truman’s decision to use the atomic bomb.

… The far more dangerous attacks on the Allied fleet were by dense waves of suicide kamikazes diving their planes into ships. The Fifth Fleet lost 36 ships in the Battle of Okinawa and suffered damage to another 368 ships. Almost 5,000 U.S. sailors and pilots were killed and almost as many were wounded, with over 700 Allied planes being shot down. It was the biggest naval loss of the war.

… The Battle of Okinawa was the deadliest fight of the Pacific island campaign. The Japanese knew they could not win. Their purpose was simply to make the battle as costly as possible to the Americans and to hold them off as long as possible, allowing Japan to prepare for the defense of their home islands. Thus, Japanese commanders considered all their forces and the residents of Okinawa totally expendable.

Americans incurred almost 50,000 casualties on Okinawa, including over 12,000 dead.

… Truman’s decision to bomb Hiroshima and Nagasaki in August ended the war and all Japanese resistance, thereby preventing the enormous American casualties that would have resulted from a land invasion of Japan.


In his history of The Second World War, Antony Beevor has this to say about the final months in the Pacific:

On 9 March [1945] … 334 Superfortresses carpet-bombed Tokyo, sparing neither residential not industrial zones.  Altogether 83,000 people died and another 41,000 were severely wounded, a far greater toll than when the second atom bomb was dropped on Nagasaki five months later

… General MacArthur opposed the area bombing of Tokyo, but American hearts had been hardened by the kamikaze campaign against US ships.  LeMay, however, did not answer to MacArthur, and his only concession was to drop leaflets warning Japanese civilians to leave all towns and cities with any industry

… On 8 May, when news of Germany's surrender reached the rifle companies of the 1st Marine Division,  the most usual reaction was 'So what?'  It was another war on another planet, as far as they were concerned.  They were exhausted and filthy, and everything around them stank.

… 'The sewage of course was appalling,' wrote William Manchester, a marine sergeant on Okinawa.  'You could smell the front line long before you saw it; it was one vast cesspool.'

… General Ushijima Mitsuru … left behind a strong rearguard, but eventually a battalion of the 5th Marine Regiment occupied the citadel of Shuri.  It found it had only a Confederate flag with it, so to the embarrassment of some officers the Stars and Bars were raised until they could be replaced with the Stars and Stripes

… The capture of Okinawa may not have hastened the end of the war.  Its prime aim was to serve as a base for the invasion of Japan, but the suicidal nature of its defence certainly concentrated minds in Washington on the next steps to consider 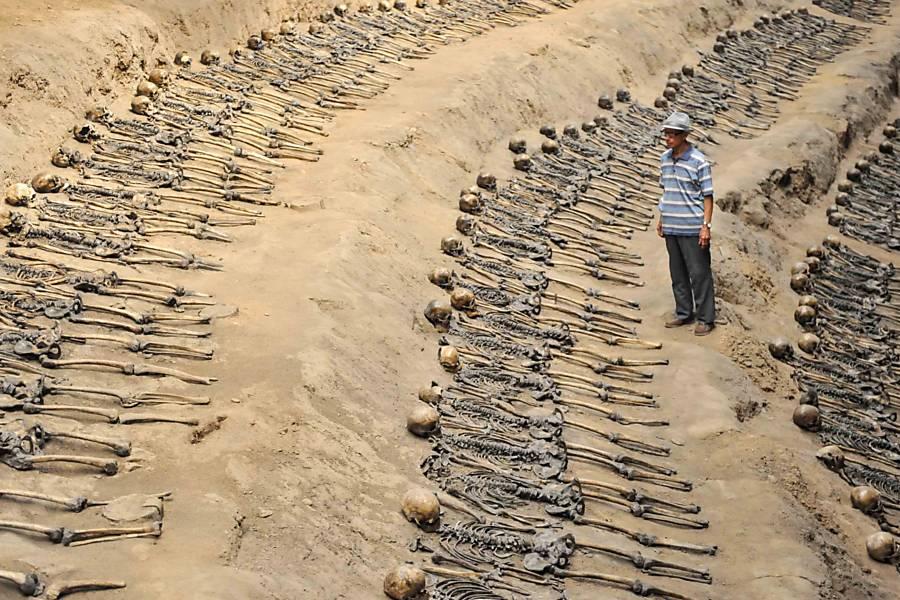 • Hiroshima 17: During WWII, Japan Killed 7 Times More People (Most of Them Civilians) than They Lost (Victor Davis Hanson)

• Hiroshima 18: The Imperial Japanese Army was every bit as evil as the Nazi SS, and more lethal (Trent Telenko)

• Hiroshima 19: The Horrific Treatment of Civilians During Japan's "Reign of Terror"

• Hiroshima 11: If Western elites cannot find perfection in history, they see no good at all; most never learned the narrative of WWII, only what was wrong about it (Victor Davis Hanson)

• Hiroshima 16: Did Japan's top officers know a bomber was approaching Nagasaki, 5 hours beforehand, and do nothing?

• Hiroshima 1: Unlike the ends of the majority of conflicts, World War II in the Pacific grew increasingly bloody as U.S. forces approached the Japanese homeland (Erik Svane)
Posted by Erik at 06:06

It was fascinating to learn that the Japanese high command did not feel compelled by the bombs to surrender. Sacrificing cities was deemed to be their duty. US confidence in the bomb led Stalin to move forward his attacks on Japan by 2 months. That was the final blow that made the high command realize they were done.

Still, the horrors of the Hiroshima and Nagasaki bombings prompted one US veteran named Ronald Wilson Reagan to welcome the idea of the "Star Wars" anti missle defense system when he became president.