Hiroshima 5: Japan's plans for defense involved mobilizing the civilian population, including women and children, for the customary suicidal battle tactics 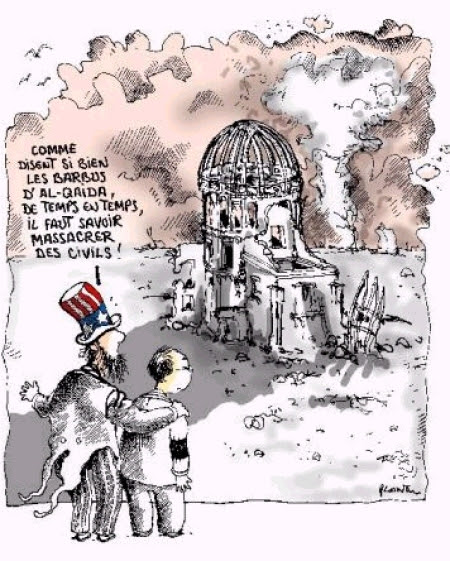 The guilt-mongers have twisted the facts of history beyond recognition in order to say that it was unnecessary to drop those atomic bombs. Japan was going to lose the war anyway, they say. What they don't say is — at what price in American lives? Or even in Japanese lives?


Much of the self-righteous nonsense that abounds on so many subjects cannot stand up to three questions: (1) Compared to what? (2) At what cost? and (3) What are the hard facts?

The alternative to the atomic bombs was an invasion of Japan, which was already being planned for 1946, and those plans included casualty estimates even more staggering than the deaths that have left a sea of crosses in American cemeteries at Normandy and elsewhere. "Revisionist" historians have come up with casualty estimates a small fraction of what the American and British military leaders responsible for planning the invasion of Japan had come up with.

Who are we to believe, those who had personally experienced the horrors of the war in the Pacific, and who had a lifetime of military experience, or leftist historians [sic] hot to find something else to blame America for?


(Thanks to Bill; back to Sowell:)


During the island-hopping war in the Pacific, it was not uncommon for thousands of Japanese troops to fight to the death on an island, while the number captured were a few dozen. Even some Japanese soldiers too badly wounded to stand would lie where they fell until an American medical corpsman approached to treat their wounds — and then they would set off a grenade to kill them both.
In the air the same spirit led the kamikaze pilots to deliberately crash their planes into American ships and bombers.

Japan's plans for defense against invasion involved mobilizing the civilian population, including women and children, for the same suicidal battle tactics. That invasion could have been the greatest bloodbath in history.

• Hiroshima 12: Political Correctness in Japan: The comment "tramples on the feelings of victims", so… Shut the F**k Up and Lose Your Job! (re the forced resignation of Japan's defense (!) minister)
• Hiroshima 11: If Western elites cannot find perfection in history, they see no good at all; most never learned the narrative of WW II, only what was wrong about it (Victor Davis Hanson)

• Hiroshima 1: Unlike the ends of the majority of conflicts, World War II in the Pacific grew increasingly bloody as U.S. forces approached the Japanese homeland (Erik Svane)
Posted by Erik at 18:00