What Does the Leftists' "Prank" at Trump's Tulsa Rally Show Other than Their Teenage Mentality? 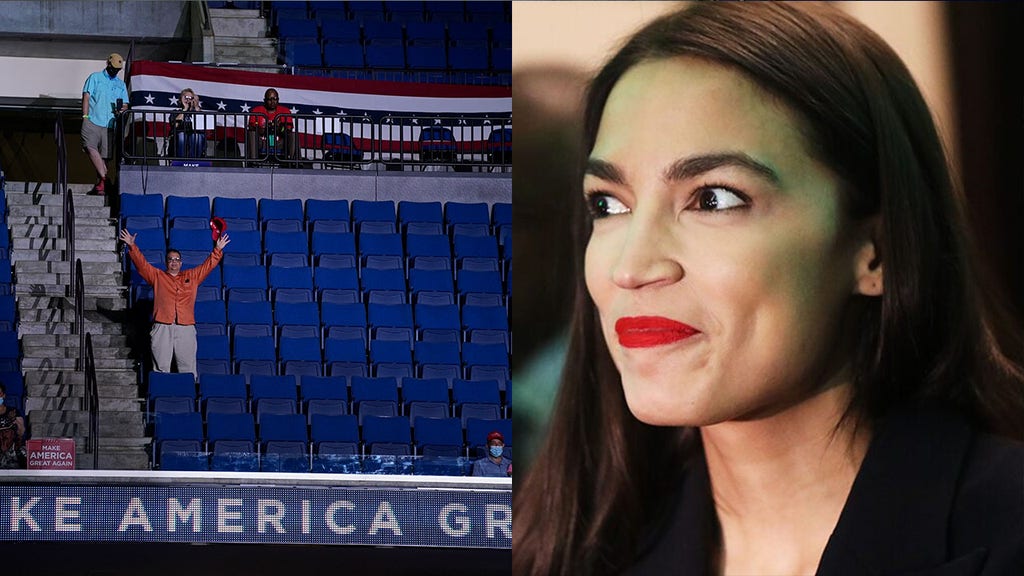 Donald Trump, conservatives, Republicans, and, not least, Americans in general, should be very grateful for the lack of attendees at Trump's campaign rally in Tulsa, and that for the following reason: it shows exactly what the true nature of the Left is.

The partial lack of spectators in Oklahoma was artificial. Entirely artificial.

How on Earth can a successor of Walter Duranty at the so-called "newspaper of record" write that Trump's Tulsa Rally Fizzles as Seats Go Empty when that outcome was manufactured?

Indeed, it was a crisis of sorts (a knee-slappin' crisis in this case, according to the Left) created by the party of government. (Thanks for the instalink, Stephen Green.)

But there is more — as Dom Calicchio and Tyler Olson write on Fox News:


In a Twitter post, Ocasio-Cortez claimed the Trump campaign had been scammed by teenage anti-Trump activists who allegedly reserved scores of tickets for the Tulsa event online – then failed to show up, thus preventing others from being able to attend.

“Actually you just got ROCKED by teens on TikTok,” the New York Democrat wrote in response to a Twitter message by Trump 2020 Campaign chief Brad Parscale, who argued that “Radical protestors” in Tulsa had prevented some of the president’s supporters from entering the BOK Center, where the rally was held.

Scammed; scammed by teenagers: How appropriate. You start gaining wisdom in this world when you realize that the entire structure of the Left is a world of drama queens and scammers operating on a teen-age mindset.

But in that case, of course — if you cannot bring in private lives, sexuality, racism, and other like personal sins — the Left has nothing left to run upon.

The left's teenage-mentality-driven Drama Queens are also obsessed with tearing down everything before them. (By the way, isn't it time time that the 26th Amendment be repealed?)

When members of the White House Press Corps shoot questions at the president or at his press secretary, you get the impression that the whole night prior, the editors of mainstream media outlets such as the Washington Post and the New York Times had been chortling like Beavis and Butt-Head until the sun rises.

Let us imagine this conversation as an example: Trump sucks! What can we do about it? Listen to this plan: if we take the president's Charlottesville speech, and leave in the middle part of “You also had some very fine people on both sides” while leaving out the final part — heh-heh-heh — not to mention the sentence where he specifically says “I’m not talking about the neo-Nazis and the white nationalists [who] should be condemned totally” — uh-huh-huh-huh — we can make it appear that he is a racist calling neo-Nazis (and, more generally, white supremacists) “very fine people” — heh-heh-heh. Oooh, man, coo-ool! That's awesome!


“Shout out to Zoomers. Y’all make me so proud,” Ocasio-Cortez added.

… “KPop allies, we see and appreciate your contributions in the fight for justice too,” the congresswoman wrote.

The fight for… justice?!

The entire thing was artificial — AstroTurf as you leftists love to call events involving non-leftists, such as the Tea Parties.

It turns out that the party always singing the praises of solemnity, responsibility, and truth — i.e., the necessity for government intervention — while castigating the despicable Republicans, the odious Donald Trump, and his allegedly immature tweets are nothing less than elated with teen-age pranks.

What does this say about the Left's angry or merry denunciations of AstroTurf, Republicans' alleged lack of manners and intelligence, conservatives' purported eliminationist rhetoric, and the opponents they call names such as POS and Adolf Hitler, not to mention… voter suppression?

Doesn't psychology tell us that imagining what is in others lies in fact in yourself?

It wasn't Trump, or another Republican, charging that his or her adversaries belong in the trash heap of history, but a top Obama aide. (Every time I hear such a quote — and in view that every person not a leftist is a despicable deplorable or some other such inhuman monster, there is a myriad of such quotes — I say that conservatives should thank them publicly for showing exactly to what extent our founding fathers were prescient in deeming the Second Amendment necessary.) Thanks to Instapundit's Glenn Reynolds, who writes, tongue in cheek,

(More about "America divided" in the conclusion.) This ties in with The Divine Right of Democrats, in which Kevin Williamson discusses the liberation of the Donkey party by the practical elimination of the Republican party (America is "suffering from a kind of infection in the form of the Republican party, which inhibits the normal and healthy — meaning Democrat-dominated — political life of the United States").

What does it say about leftists, when they claim that, say, there are no blacks, or very few, in attendance at a campaign involving any Republican. Isn't it from the same artificial accounts? After years and decades of MSM outlets and teachers hammering home the "fact" that Republicans are supposed to be racist trash hostile to African-Americans (see Charlottesville above) and other like "narratives", why would anyone (white or black) be surprised at a lack of black supporters at their rallies or among their ranks?

And let it be known that the most stunning false narrative of all, the 1619 Project, got started only last year, in order to further make Americans become revolted at the United States, at its people, and at its history

Incidentally, the most important policy for the Republicans today — certainly, in Trump's next term — is getting rid of all the far leftists in public education (sic), if necessary by simply getting rid of Jimmy Carter's education (sic) department once and for all, and returning the subject matter to the states and to various sub-localities, where, as has been known since the days of Tocqueville, citizens and parents can have some input into the subjects that their children are being taught.

To return to the Tulsa event, let's try the put-the-shoe-on-the-other-foot approach:

What if a Republican-led initiative had resulted in a significant downturn at a rally for Barack Obama, for one of the Clintons, for Joe Biden, or — for that matter — for AOC? The Democrats would be — rightly — outraged (and FYI, a good number of conservatives would join in the condemnation of that "prank", which would be called something far worse, something closer to a crime, by the powers-that-be).

In that case, indeed, the Democrats would call the "prank" what it truly was: a "dirty tricks" campaign to sabotage an opponent's rally.

But there are more ominous questions: imagine if a Republican-led initiative had led to a full turnabout of a strictly Democratic-voting county, just like, in real life, the Democrats managed to do in California's Orange country. The Democrats would go berserk.

Here is the million-dollar question: What does this glee about their ability to influence the turnout of a Republican rally say about Democrats' approach and attitude to elections (local as well as national)?

When you are constantly running against Adolf Hitler — meaning a Democrat running for office is never anything less than a figure of heroic proportions — isn't cheating, er, isn't taking liberties with the election process something acceptable, even valorous, to do?

From ballot harvesting and mail-in ballots to motor voter and same-day voter registration through the lack of voter IDs — all items that are present (certainly not to the extent as in the U.S.) in no other country — all are designed to ensure a one-party banana republic.

In that perspective, Glenn Reynolds mentions a Facebook user opining that Ocasio-Cortez deserves our gratitude:


“Fraudulent ticket reservations? I think we just learned exactly what will happen with mail in voting. We should thank AOC for demonstrating this.” 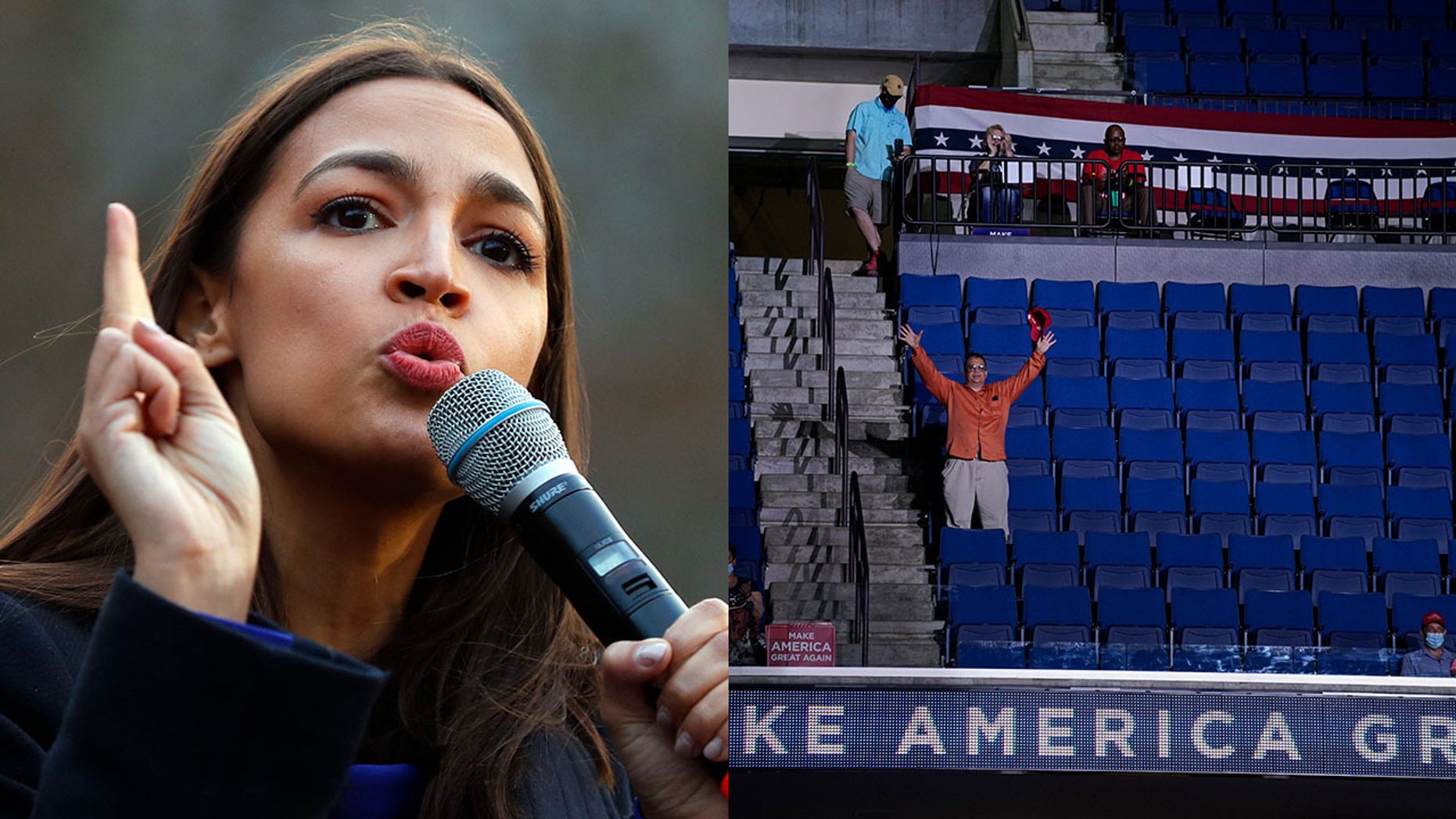 Related: The Era of the Drama Queens — Every Crisis Is a Triumph

• The Leftist Worldview in a Nutshell: A world of Deserving Dreamers Vs. Despicable Deplorables

Thank you, that needed saying.

Trump always has standing room only outside the venue watching on TV.

So what? His real audience was on places like YouTube and on TV (e.g., CSPAN). He reached millions, so your point is interesting but irrelevant.

It also highlights why the Democrats want mail-in-voting and why it is dangerous to give them that.

The local police were warning people to watch out, too.

All that AOC proved is that the democrats knew the rally would be overflowing and they are fearful of his popularity. And then, to top off their lunacy, she bragged about the prank, thereby admitting that the ONLY reason the rally was not full was because of their dirty prank! SMDH...

Mail in voting is exactly why Colorado now has a Democrat-led legislature and governor...the corruption of Democrats is well-known and covered up by the media.

Actually this was a cybercrime in a conspiracy to deny millions of Americans of their civil rights. Anyone who becomes privy to evidence that could prosecute this crime is duty bound to report it to the FBI. That's before you consider the foreign element where these malefactors acted in collusion with Communist China. This is serious. Take it seriously.

People think anyone who says this is seriously kidding. :(

God. Can you make your print bigger. I have to zoom to 175 to make it just 'readable'. This to mee feels like a smartphone look as on a phone it will fit the small screen just right but not all of us do a phone.

Also you can thank Trump for removing net neutrality and allowing several mergers to happen.

Our problems go back to mergers under the Reagan and Bush eras they booth took a blind eye. That's what the movie HOOK was all about. Pirates and corporate pirates!

That's why movies like that hit home as they have truth in them not just insults and propaganda thrown at our face every inch of the silver screen.

Hook also was about the importance of father and son as well juggling work and play.

Today the message is lost and due to the unlimited telecommunications act almost all media is owned by unrelated companies owned by a few wealthy elites. We have made capitalism broken.