From U.S. Grant and Union Soldiers Fighting the Slavocracy to John Brown and Abraham Lincoln, All Statues Must Come Down

Dear fellow Scandinavians
(dear Danes, dear Norwegians, dear Swedes),
have you heard the latest news
about Hans Christian Heg?
Have media outlets in Scandinavia
mentioned him in recent days?
Who is H C Heg, you ask?
The Scandinavian is no longer alive.
In fact, he died in America in 1863.
He was shot from his horse wearing a blue uniform
fighting the South's slave power in gray.
The colonel was about to be made
brigadier general when he was killed at
Chickamauga, the most brutal battle for
the 15th Wisconsin Volunteer regiment, which
had so many Norwegians, Danes, and Swedes
among its ranks that it was known at the
Scandinavian regiment (just about every other
soldier seemed to be named Ole or Jens)

In June 2020, his statue in Madison was toppled,
beheaded, unceremoniously dragged through the street,
and dumped in a pond. 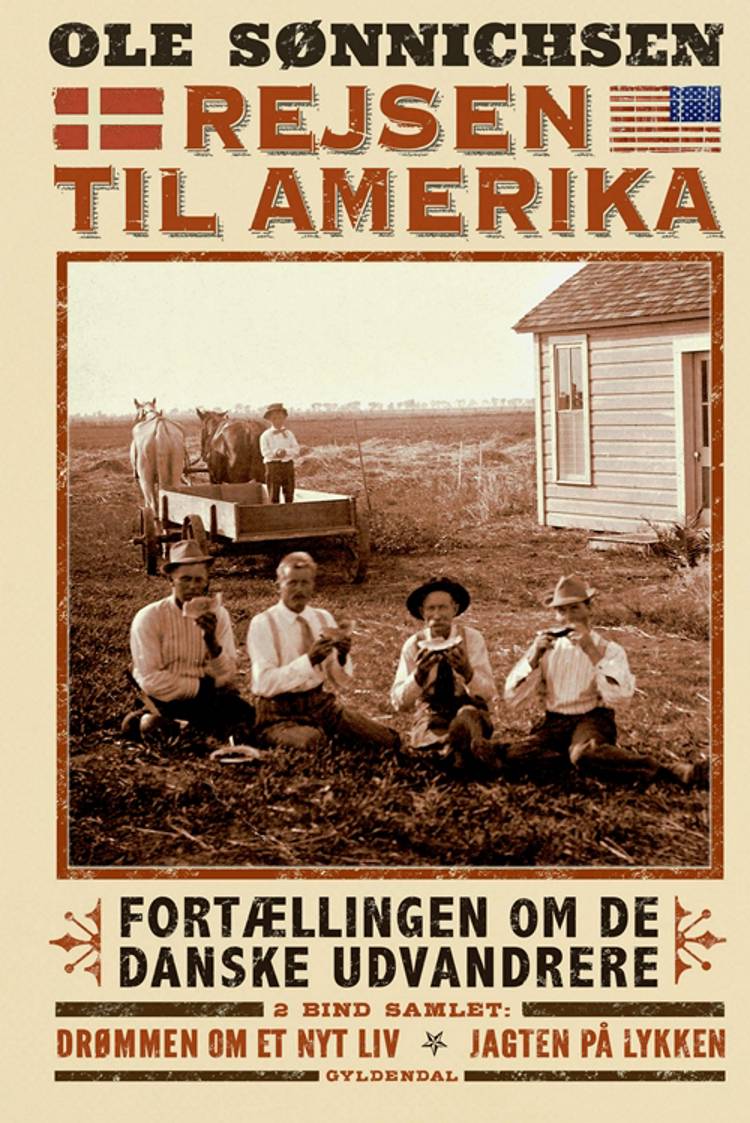 Between 1850 and 1920, a full tenth of the
Danish population, or 300,000 souls, emigrated to the new world.
In Ole Sønnichsen's massive 600 page opus about
Denmark's emigrants, "The Journey to America" (Rejsen til Amerika),
August Rasmussen explains why he left Denmark
at the age of 26 in 1856:


"For my own part, I can say this: I gave my spine to
the landowner's cane and the back of my jersey to
the lieutenant's blade and my ears to the overseer's
whacks. Whippings, punches, and blows were not
allowed, but the big ones beat the little ones anyway.
They knew our rights was nonexistent."

That's right, ladies and gents: Denmark's nobles carried
canes and/or whips. And it wasn't for the cattle…
I have a question for you:
Would you care to answer it?
What kind of "white privilege" is that?!

No doctor was ever called for the average dirt-poor Dane, and
in 1890, one Jeppe Aakjær visited Skive, where
a sick man had been allowed to rest, in… the filth of a… barn!


"How had this man been treated. Lain down here,
where the animals stood and soiled and stank; …
a portion of the wall over the door frame was missing,
and the door, formed by rough, stubborn boards, could
not be closed at all, but allowed the unstable atmosphere
of the barn [with barely any light] to streak over the sick
man. … This was how the room was, where the young man
lay in the flimsy blankets under which one saw the lean limbs
— on all sides surrounded by a wreath of musty, stinking bed
straw. This is where he had been lying for six weeks,
in the disgusting filth."

I have a question for you:
Would you care to answer it?
What kind of "white privilege" is that?!

In Sweden and Norway, it was… worse:
the poverty was such that
one fourth of the Swedish population
and one third of the Norwegian population
emigrated. Four years after the Civil War ended,
famine broke out, and the Scandinavians
starved. I have a question for you:
Yep, that's right, it hasn't changed —
What kind of "white privilege" is that?!

With the Irish (and its' many redheads' pasty
white skin), the three Scandinavian countries
— whose inhabitants are supposed to be the
epitome of Adolf's Aryan race incarnate — formed the
four nations where the people were so dirt-poor
that of all the peoples that emigrated to the new world,
they figure in the top quatuor of the ones who sent the
largest proportions of their populations thereto.


Do you know what word Ole Sønnichsen uses to describe
the framework under which the largest part
of the Danish population lived?
In Danish, the word he uses is called "slaveri."

August Rasmussen and his newly-wed wife, Ana,
decided to emigrate in 1856, he writes, because they did not want
their children to grow up in "the same type of slavery"
as they had.

As for the Scandinavians' Scandinavians,
the Icelanders (whose hair is so blond that
it is almost white) say they lived in slavery
until the 20th century or more than 40 years
after Appomattox, and whose only "redemption"
is that their race or skin color was the same
as that of the enslavers, their fellow countrymen.
Yes. Yes. I'm going to ask the question again:
Will somebody be so kind to tell me exactly how
poverty, how famine, and how slavery (or bondage)
is supposed to fit in with "white privilege"?!

(On the other hand, there is one thing I cannot deny:
it would be much harder to teach about the horrors
of "white privilege" if students (whatever their race,
whatever their nationality) knew that in 1869,
Northern Europeans were starving to death…)
BACK TO MODERN TIMES
— to 2020 or, rather, to 2015:
the "mostly peaceful" protestors started out
five years ago or so protesting the Stars and Bars
(the Confederate flag) and tearing down statues of
Confederate generals, making it sound like
they were acting out of patriotism
and revolted at traitors to the USA
They were lying.
As I mentioned to friends at the time,
it is/it was merely a preview of going on to protest
the Stars and Stripes and the National Anthem
and destroy the statues of everyone involved
with American history, indeed with Western
civilization
(You think sportsmen are right to kneel
before the National Anthem? I would be more
convinced if American sportsmen allowed
themselves to stand up (so to speak — or kneel,
for that matter), just, y'know, once
in a while, when people in China (notably in
Hong Kong) are beaten by Chinese police
— my hunch is that there are more Chauvins
among the police in China or Russia than in
the US of A and that, indeed, their recruitment
may be actively encouraged there)
• Now the protestors in Madison, Wisconsin
have torn down the statue of Colonel Heg,
"a Wisconsin abolitionist who died trying to end
slavery during the Civil War"; the Norwegian
immigrant was a member of "the Free Soil Party,
which was centered around opposing the
expansion of slavery into the western United States.
He was also a leader of Wisconsin's Wide Awakes,
an anti-slave catcher militia."
I'm all for trying to understand the protestors,
and — in the wake of the death of George Floyd —
everyone in America and around the world
was in (full) support of the protests and against the
type of policeman who kept a knee on his neck
for 8-9 minutes — initially
But no, I'm sorry, I must be a racist because
I do not see what tearing down the statue of
Colonel Heg has to do with honoring the memory
of any victim of the police (in America or elsewhere)
or the protesting of police brutality (idem) (nor, for
that matter, the theft of sneakers or the setting of
businesses, black or white, in flames)
But my (open or subconscious) racism is, must be,
much worse because I do not understand the
defacement or tearing down of the following statues
either (if not the calling for the defacement of
the statues), in America as well as in Europe
• Winston Churchill defaced in London. Do the
Antifa-type protestors — who love nothing less
than calling their (alleged) adversaries fascists,
Nazis, and… Adolf Hitler — not have any idea of
who, during Sir Winston's lifetime, was his
major and mortal enemy?! What on earth are kids
being taught in school nowadays?!
• Why would a statue of John Brown be defaced?
John Brown was an abolitionist hanged after an
(admittedly ill-conceived) attempt to start a revolt
among the South's slaves, arm the blacks, and
free them all. Why the devil would Antifa be
(rightly or wrongly) against such a scenario?!
• Ulysses Simpson Grant. Some people mention
that U.S. Grant was a slaveholder, making it sound
that with a whip by his side, he oversaw a plantation
with dozens of slaves pickin' cotton; in fact (and
no doubt to his surprise), when his father-in-law died,
Grant, who was married to a Southern gal, inherited
one black slave. In any case, no man did more militarily
than Grant to crush the Southern armies and ensure
the freedom of the South's slaves. No president,
besides Lincoln, did more to fight for black rights
(they didn't teach you in school — American or
European — that Grant sent the U.S. army troops
to fight the KKK?! Well, why on earth would teachers
be expected to teach you something like that?!)
• a monument to the 54th Massachusetts
Volunteer Infantry Regiment in Boston. Note:
the 54th Massachusetts was composed
entirely of… black soldiers (it was featured
in the movie "Glory") and the statue shows
crowds of infantrymen hurrying forward to
charge the army of Robert E Lee, all of
whom are… black
• they have promised to bring down a statue of
Abraham Lincoln in Washington standing next
to a freed slave or two. Note: this statue was
paid entirely by private contributions, but not just
just any private contributions; to wit, exclusively
from the pockets of… former slaves
• one mostly peaceful protestor has called
for the removal of statues portraying… Jesus Christ!
(it is time we all realized that JC was a racist
using his whip on Africans in the cotton fields
of Judea)
Will someone please answer this question:
what on earth is it that our schools (in America,
in Europe) are teaching our kids?!
Posted by Erik at 23:04

The same mob now comes for things I hold in respect and I raise my voice to object only to have the mob ignore me ... saying, your silence years ago was your agreement, you were a useful idiot when we attacked those you disliked thinking it would save you today ...