The Venezuelan State's Occupy "Movement": The Victory of Socialism! 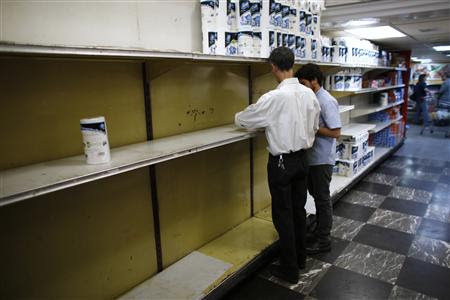 
in what it called an effort to ensure consistent supplies after embarrassing shortages earlier this year.

Critics of President Nicolas Maduro say the nagging shortages of products ranging from bathroom tissue to milk are a sign his socialist government's rigid price and currency controls are failing. They have also used the situation to poke fun at his administration on social media networks.

A national agency called Sundecop, which enforces price controls, said in a statement it would occupy one of the factories belonging to paper producer Manpa for 15 days, adding that National Guard troops would "safeguard" the facility.


Having grown in a staunch Socialist country, I was always told Socialism is the Glorious Path to a Bright and Enlightened Future, where great intellectuals will be describing the greatness of Socialism while sipping delicious cocktails, sitting on chairs at tables overlooking the happy proletariat running naked in the fields, laughing and chanting with butterfields and pink rabbits.

Well, they gotta start some place: no running naked after pink rabbits and butterflies if you don't wipe your ass, comrade.

From the archives: Note to the Apologizer-in-Chief (Barack Obama):
No, a Republic Is Not Equal to a Dictatorship 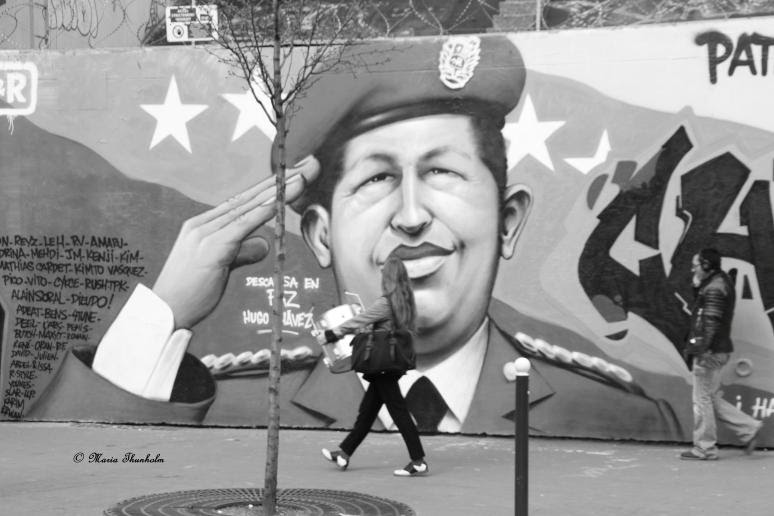 Six months ago, Maria Thunholm took pictures of
a mural in Paris saying "Rest in PEACE Hugo Chávez"…
Posted by Erik at 08:23