Smart Diplomacy: Brazilian President complains to Obama about "a grave violation of human rights" and "especially of disrespect to national sovereignty"


"We face, Mr President, a situation of a grave violation of human rights and civil liberties; of invasion and capture of confidential information concerning corporate activities, and especially of disrespect to national sovereignty".

… She asked the United Nations to play a leading role in regulating electronic technology and said Brazil would present proposals for a "civilian multilateral framework" for the governance and use of the internet and to protect web-based data. 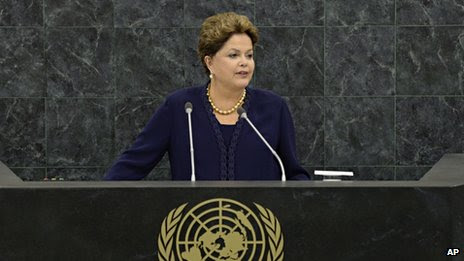