From the exceptional World Politics Review: In violation of the divine holy order of the UN Security Council’s resolution, the French government is continuing to resist Iraqi efforts to recover the financial assets of Saddam Hussein in France. According to George Malbrunot' recent investigative report in Le Figaro, some €23.48 million of Saddam's money remains blocked in French banks, withheld from the elected government of Iraq. 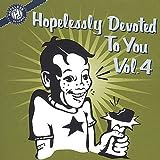 But perhaps the most startling revelation in the Malbrunot piece -- and the most relevant for American readers -- concerns the extent of Saddam's corporate holdings in France and, notably, in French publishing. Malbrunot writes:

Apart from the villa in Cannes and the assets frozen at the Banque de France, the Iraq of Saddam Hussein held shares in French companies via offshore corporations, based, notably, in Switzerland and Panama. One of these front corporations, Montana Management, held 8.4 percent of [the French publishing house] Hachette and 2.5 percent of [the French aeronautics and defense firm] Matra, prior to their fusion in Lagardère. The value of these shares is today estimated to be around €200 million. The former owner, Khalaf al-Dulaymi, a former Baath Party official close to Saddam Hussein, is supposed to have taken refuge in Jordan. . . . . Iraqi lawyers have demanded the seizure of the property of Dulaymi, who also possessed another front corporation named Midco, but Dulaymi has opposed the move.

Aérospatiale Matra was one of the founding members of the Franco-German aeronautics and defense consortium EADS, some 7.5 percent of whose shares continue to be controlled by Matra's parent company the Groupe Lagardère. The French publishing giant Hachette is likewise part of the Lagardère Group. In 2006, Hachette purchased Time Warner Books, thus becoming a major player also in American book publishing. Under its "Grand Central" imprint, the Hachette Book Group USA is the publisher, for instance, of comic Stephen Colbert's "I am America (And So Can You!)." 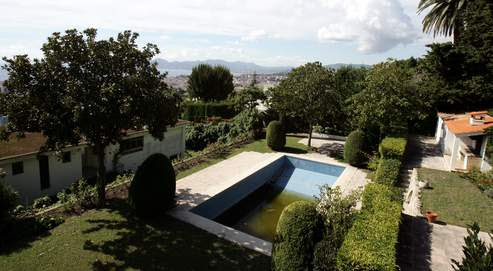 Which is about as humorless as anyone who read it twice, but that’s beside the point. Is this ideology at work, just the usual use of technicalities to grab a dead dictator’s loot, or an attempt to play ‘hide the weenie’ after Saddam’s connections came to be so widely known?

Of course a few commenter to the article in Le Figaro couldn’t just leave it at that, what with the conclusions and even the majority of comments showing some healthy anger at the amorality of holding back any funds from a post-dictatorial state in formation:

The international community recognised this Iraqi puppet regime under the American occupation, falsely sectarian regime that it is. As a product of the American occupation. This obscurantist criminal sectarian regime has no national or international legitimacy and death squads. Iraq is the most corrupt country in the world.
France should hold on to this money for the next Iraqi nationalist regime.

Why you do not reclaim it from others ?

from the Chinese or Dutch

Or Danes, or Belgians, or English, or Americans, or others

Or Saddam and Bush who declare war.

It hard not to laugh at the strange absence of any moral compass, what with those who depose dictators being no better than the dictator himself, or that the same lot yelled and screamed asking why they didn’t fight in Rwanda, when life showed them something that horrified them, as long as it’s always done by somebody else. It is, after all beneath the deep intellects who find “bravitude” in acting out a minor political vendetta on the new Iraqi government as a proxy for the hate-puppet they’ve been fixated on.

That must be when some of those drive-by commenters think of as blood and treasure.
Posted by Joe at 01:38