In France and Germany, students are being forced to undergo a dangerous indoctrination. Taught that economic principles such as capitalism, free markets, and entrepreneurship are savage, unhealthy, and immoral, these children are raised on a diet of prejudice and bias. Rooting it out may determine whether Europe’s economies prosper or continue to be left behind.

“Economic growth imposes a hectic form of life, producing overwork, stress, nervous depression, cardiovascular disease and, according to some, even the development of cancer,” asserts the three-volume Histoire du XXe siècle, a set of texts memorized by countless French high school students as they prepare for entrance exams to Sciences Po and other prestigious French universities. The past 20 years have “doubled wealth, doubled unemployment, poverty, and exclusion, whose ill effects constitute the background for a profound social malaise,” the text continues. Because the 21st century begins with “an awareness of the limits to growth and the risks posed to humanity [by economic growth],” any future prosperity “depends on the regulation of capitalism on a planetary scale.” Capitalism itself is described at various points in the text as “brutal,” “savage,” “neoliberal,” and “American.” This agitprop was published in 2005, not in 1972. 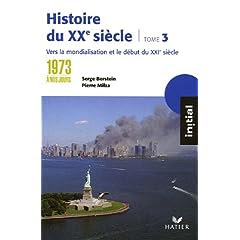 …French students … do not learn economics so much as a very specific, highly biased discourse about economics. When they graduate, they may not know much about supply and demand, or about the workings of a corporation. Instead, they will likely know inside-out the evils of “la McDonaldisation du monde” and the benefits of a “Tobin tax” on the movement of global capital. This kind of anticapitalist, antiglobalization discourse isn’t just the product of a few aging 1968ers writing for Le Monde Diplomatique; it is required learning in today’s French schools. 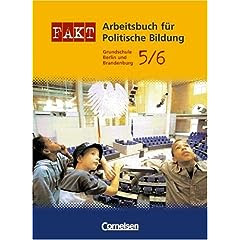 …Equally popular in Germany today are student workbooks on globalization. One such workbook includes sections headed “The Revival of Manchester Capitalism,” “The Brazilianization of Europe,” and “The Return of the Dark Ages.” India and China are successful, the book explains, because they have large, state-owned sectors and practice protectionism, while the societies with the freest markets lie in impoverished sub-Saharan Africa. Like many French and German books, this text suggests students learn more by contacting the antiglobalization group Attac, best known for organizing messy protests at the annual G-8 summits.

One might expect Europeans to view the world through a slightly left-of-center, social-democratic lens. The surprise is the intensity and depth of the anti-market bias being taught in Europe’s schools. Students learn that private companies destroy jobs while government policy creates them. Employers exploit while the state protects. Free markets offer chaos while government regulation brings order. Globalization is destructive, if not catastrophic. Business is a zero-sum game, the source of a litany of modern social problems.

…A likely alternative scenario may be that the changes wrought by globalization will awaken deeply held resentment against capitalism and, in many countries from Europe to Latin America, provide a fertile ground for populists and demagogues, a trend that is already manifesting itself in the sudden rise of many leftist movements today.

Investor's Business Daily writes that the

European Union, created to be an economic giant, will never fulfill its goal — not as long as two of its biggest economies continue to demonize capitalism and the free market.

More on Training a Generation of Anti-Americans and on The Opinions of 11-Year-Olds…
Posted by Erik at 11:49