Plantu's Demonization of Sarkozy Continues Until the Very Last Days 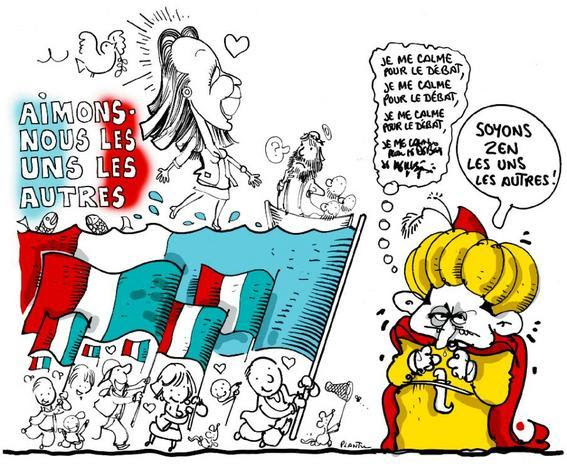 …as did his concurrent beatification (although it is admittedly tongue-in-cheek, as you can see, it is just barely so, with all those brave innocent followers of hers, aka "the people") of Ségolène Royal (and that, on Le Monde's front page, natch)…

Update: Appealing to the Vote for a Woman crowd, Serguei weighs in (click on 2 above left) with a joyful Ségo looked upon tenderly by a motherly Marianne while a spiteful Sarko sweats with hatred… (Plantu's cartoon has to do with Afghanistan's Taliban putting off their ultimatum about the fate of their French hostage until the end of the voting.)