"All the well-worn tactics of rising totalitarianism": From the beginning of Covid-19 the Democrat-Media Complex has gone all-in on apocalyptic hysteria 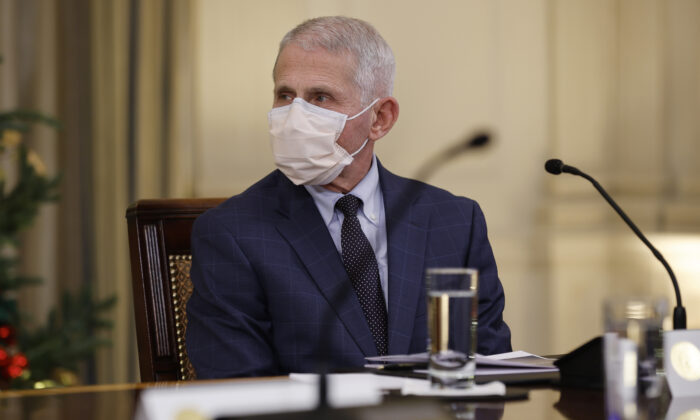 writes Michael Walsh in the Epoch Times (thanks to Ed Driscoll). Of course it has. That is why I say that we live in The Era of the Drama Queens in which Every Crisis Is a Triumph.

Here we are, coming up on the second anniversary of “two weeks to slow the spread” of a flu-like virus most likely hatched in a Chinese Communist laboratory in Wuhan, with a little help from Dr. Anthony Fauci and the American taxpayer, and the dreaded COVID-19 chest cold has conquered the planet, instilling fear and loathing in weak minds whenever and wherever it appears in any of its Transformers-like, constantly mutating configurations.

… The irony is, had the novel coronavirus been treated the same way as its immediate predecessors, including SARS, the H1N1 pandemic of 2009, and the Hong Kong flu of 1968, no one would be talking about it, there would have been no lockdowns, no masks, no ruination of the economy, no destruction of the travel industry, no stealth takeover of private medicine and, most important, no unconstitutional loss of personal liberty.

But the very act of neurotically obsessing over it has triggered and weaponized the critter and, a la Heisenberg, transformed it from a bug that preyed on old people into the Thing that Devoured the Planet.

Ever since the politically conveniently timed appearance of the CCP virus early in 2020, Fauci and his coevals at various government “health” agencies have whipsawed the American public with their erratic, contradictory, and wholly unscientific pronouncements, all in the interest of aggrandizing more power.

These [Transformers-like] Decepticons managed to take down the gullible Trump administration, institutionalize their priorities for controlling the population by nullifying the Bill of Rights, helping to install Joe Biden, and giving a big fat Christmas present to the pharmaceutical companies—which have profited handsomely from the pandemic.

… A “disease” that is in many cases strikingly asymptomatic, whose lethality (such as it was and depending on who’s counting and how) is counted by “cases” (a meaningless statistic), whose survival rate has always been near 99 percent for the vast majority of the world’s population doesn’t seem like much of a threat in the cosmic scheme of things.

Nor does a “vaccine” that not only doesn’t prevent you from getting the bug but permits “breakthrough” infections and also has significant side effects seem like much of a vaccine.

But from the beginning the Democrat-Media Complex has gone all-in on apocalyptic hysteria as governments around the globe have vowed to “defeat” the virus, and some—like the newly formed police states of Australia and New Zealand—even articulating an impossible “zero COVID” policy.

… As it happens, Robert F. Kennedy, Jr., has addressed these issues and more in a new book, “The Real Anthony Fauci: Bill Gates, Big Pharma, and the Global War on Democracy and Public Health,” a no-holds barred, full-frontal attack on Fauci & Co. It’s a bracing read.

“Suddenly, trusted institutions seemed to be acting in concert to generate fear, promote obedience, discourage critical thinking, and herd seven billion people to march to a single tune, culminating in mass public health experiments with a novel, shoddily tested and improperly licensed technology so risky that manufacturers refused to produce it unless every government on Earth shielded them from liability.

“Across Western nations, shell-shocked citizens experienced all the well-worn tactics of rising totalitarianism—mass propaganda and censorship, the orchestrated promotion of terror, the manipulation of science, the suppression of debate, the vilification of dissent, and use of force to prevent protest. Conscientious objectors who resisted these unwanted, experimental, zero-liability medical interventions faced orchestrated gaslighting, marginalization, and scapegoating.

… Enough is enough. After two years of poisonous squid ink regarding the origins of the disease and its dangers, it’s time to put away the electron microscope, back away from the Petri dish, and just ignore Omicron

Related: Here Is the Key Question Regarding the Coronavirus
• And here are the 7 Basic Points about Covid-19 that You Need to Know
• Is the Yellow Star Really an Inappropriate Reference for the Vaccine Passport?
And from the March 2020 and April 2020 archives:
• Is There 100% Irrefutable Proof that the Covid19 Pandemic Is Overstated?
• Anti-Americanism in the Age of the Coronavirus, the NBA, and 1619

The Democrat motto is now "When in danger/trouble, when in doubt, run in circles, scream/yell and shout”