The Most People Lynched at One Time in American History, All 11 of Them, Were White 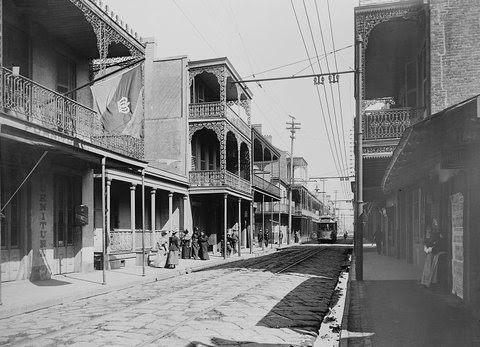 Many people, especially in Europe, assume that lynching was nothing less than a gratuitous crime, and a crime committed exclusively against blacks — specifically innocent blacks and in any case, whatever the race, innocents.

In fact, almost a third as many whites as blacks were lynched (think of the many cowboys on their steeds in the Old West), and just about always, it was a response to a very real crime that had, or seemed to have, been committed. As for lynchings of blacks, we always hear of how it was a Southern atrocity, if not an American one, but many fewer details about how most of them seemed to occur in places that amounted to being almost single-party (Democratic) states.

Indeed, the largest number of people killed by a mob in one place at one time in American history was 11, and all 11 of them were white.

Lynchings were not always done with a noose or a necklace, however, and this month marks the 125th anniversary of that "mass" killing — t'was not a roping, but (mostly) a shooting (inside the prison) — which occurred in New Orleans.

Indeed, lynching has certainly at times been — very — misguided, but at times it has seemed to be the only way to get justice for a crime.

When you learn that the 11 men were Sicilian, it should give you some sort of a hint of the criminal elements involved; when you learn that the reason their lives were disposed of was due to their acquittal for the murder of a police chief after the jury and/or the judge had allegedly been paid off by the Mafia, you will start understanding that sometimes lynchers have a good reason to be angry (see also: tar and feathers).

To this day, there is controversy about whether all of the 11 men belonged to the Mafia (see typical Hollywood film trailer below), but one thing that seems incontrovertible is that, in the wake of the lynchings, the Mafia decided that, contrary to their counterparts in Italy, American policemen should no longer be the targets of assassination.


The late Chief of Police David C. Hennessy, of New Orleans, is avenged — not by the arm of the law, for the jury yesterday [March 13] acquitted six of the Sicilians accused of murdering him, and failed to agree on a verdict as to the other three — but by his indignant fellow citizens, who, satisfied that the men were guilty, sent them swiftly today to their last account.

Roused to action by speakers this morning, a mob made a dash for the prison, determined to take the Italians out and lynch them. Having burst through the prison doors, the mob fired volley after volley into the cells, and the men were riddled with bullets.

The metropolitan police are working assiduously to check the rapidly-growing organization of Italians in the country, which has the avowed object of taking a sanguinary revenge upon Americans for the New Orleans lynching. Detective sergeants Perezzo and Lissaro have been especially detailed to watch the movements of their countrymen. They have succeeded in tracing the whereabouts of two leaders of the Mafia in New Orleans, who arrived in New York on Friday. They are being shadowed by Inspector Byrne’s men, who have orders that on the first sign of an attempt to incite their compatriots to violence the two are to be arrested.