As the FN Wins Big in the France's Regional Elections, the Question Arises: Is the Le Pen Party Extreme Rightist or Is It Actually a Reincarnation of the Communist Party?

As the Le Pen family's National Front emerges victorious from the first ballot in France's regional elections (check out Anne-Elisabeth Moutet's report in The Daily Telegraph), the head of a libertarian think tank warns that the Front National is not extreme right, as commonly depicted, but actually the direct opposite, i.e., nothing less than a modernized rehash of the Communist Party (merci à Carine). (Needless to say, outside of the United States, the word "liberal" retains its original meaning…)

If one is to believe the polls, the Communist Party is poised this weekend to surpass its historic high-water score of 28% reached in the parliamentary elections of October 1946. Seventy years after "Red Autumn", here she comes again, up to the gates of power, even if by a trick hardly novel to the course history, it is slipping in under a borrowed skin: that of the National Front.

I am one of those candid voters who actually reads the programs of political parties. The one that can be read on the website of the Front National, rejecting "ultra-liberal globalization" as well as "the dictatorship of the market" or "the dogma of competition", could be signed Maurice Thorez [leader of the French Communist Party for 34 years]. Beyond the occasional promises on keeping the 35-hour workweek, returning the retirement age to 60, or the alignment of taxation of capital and labor, beyond rhetorical outbursts against big capital for not sharing profits, what the FN is proposing, in a coherent and detailed manner, is nothing less than a total nationalization of France.

… Spearheading this takeover will be the civil servants, whose numbers will be stabilized, and whose status will be preserved — provided, however, that they follow the party line: Thus the ENA civil servant school will see to the "recruitment of bureaucrats who are highly patriotic" (sic). Finally, in a tragicomic wink to history, the FN promises to reorient French foreign policy in order to work towards an "in-depth strategic alliance" with… Russia!


… The tragedy is that all of France's major parries, left as well as right, remain marked by a faint nostalgia for the planned economy, and are careful not to criticize the FN on this matter. One can find all sorts of explanations. In his book, 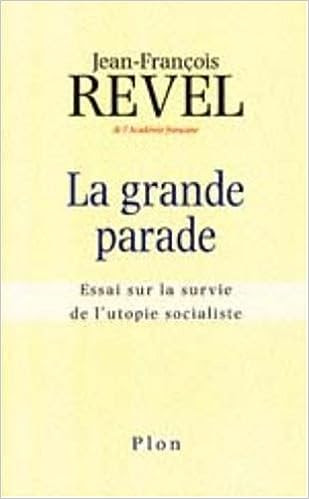 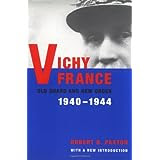 La Grande Parade, Jean-François Revel considers that the vocabulary derived from socialism held by the ruling élites has been the fertile ground that has given birth to the "illiberal single-thought narrative". More radical still, the historian Robert Paxton, in pages from his book on Vichy that were not studied enough, sees in the Pétain government the birth of le dirigisme à la française, which has continued to permeate all governments since the war. Whatever the case, it seems that the FN is doing little but saying out loud what other members of the élite think in secret: that everything in life would be rosier under the sunshine of the State.

Marine Le Pen, 4 Years Ago: France Should Leave NATO, "Turn Its Back" on the American "Hyper-Power", and "Turn Towards Russia"

Related: “Obama is way to the right of us”