Were the Toulouse Murders Due to Hate Speech from the Right or to the New Age Chatter of the Left?

From America, the New York Times is also doing a Gabby Giffords, blaming the Toulouse killings on the rise, or on the speech, of the far right. So it is a good time to remember the words of Gilles-William Goldnadel and look more towards the left:

it is clear that the Jewish blood that has flowed since the Second World War has not been at the hands of the extreme right but more at those of the New-Age anti-Semitism linked to Islam or the Middle East conflict. 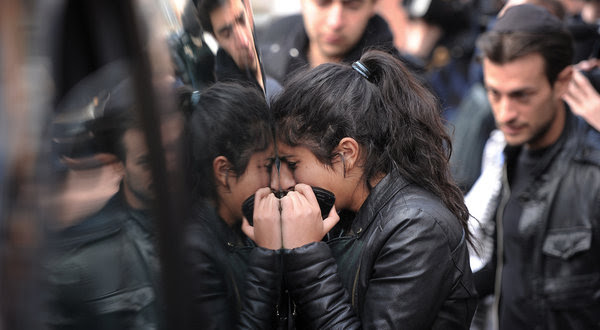 From the the New York Times:

… the political debate around the shootings, and whether the deaths of an instructor and three young children were somehow inspired by anti-immigrant political talk, is likely to continue — both as a weapon in the presidential campaign and as a more general soul-searching about the nature of France.

… And in the middle of a long and heated presidential campaign, with President Nicolas Sarkozy trying to win back disaffected supporters who have drifted to the far-right National Front party, the shootings at Toulouse have raised new questions about the tone and tenor of the debate here about what it is to be French.

… In some ways, the debate here is similar to that in Norway after Anders Behring Breivik killed dozens of young campers in cold blood in July. Were his actions encouraged in some way by too harsh a debate in Norway about immigrants and foreigners, or were they the acts of a madman who lived in a fantasy world and could have been from anywhere?