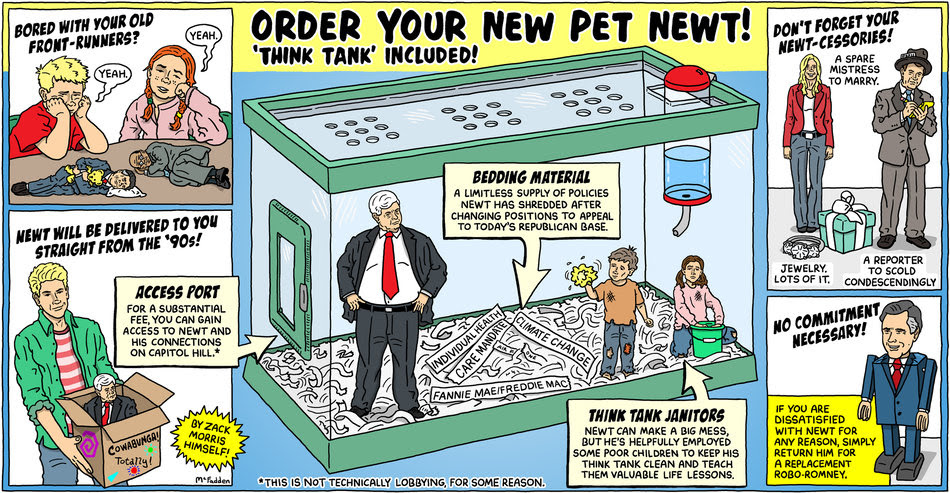 Which is fair. And — indeed — even (more than) a little funny.

But still. How many leftist cartoons have we seen regarding Barack Obama, compared with conservatives like Newt or with a Republican president like Dubya? And how many (of these relatively rare) Obama jokes made it, in terms of popularity, to the New York Times' top 10?

What is it about "focusing humor and satire on the people currently in power" (not their out-of-power opponents, not just them or overwhelmingly them, at least) that leftist writers (and readers!), aka self-declared objective neutrals, do not understand?

(And check the right-hand side of Brian McFadden's Think Tank cartoon: besides the fact that conservatives — unlike liberals — are not supposed to teach citizens "valuable life lessons" (what a ridiculous conceit!), how dare Newt treat reporters of the mainstream media bent with anything but the utmost respect?!) 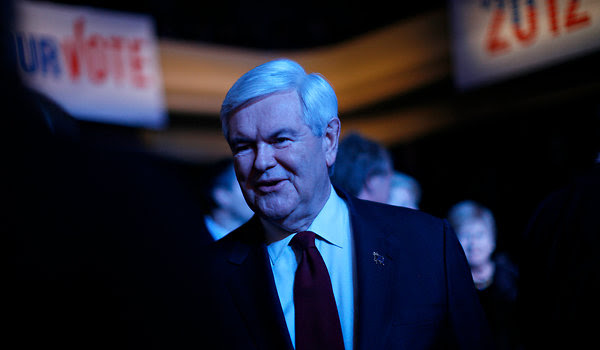