Aren’t you glad that there are unions to protect “the oppressed” workers such as Miami Elementary School teacher Cheryl Grampa?

Thanks to the collective, the disciplinary action taken against this 45 year old who should not be near students of ANY age is more like a vacation.

Grampa, 45, will miss five days of school without pay for her actions, which stems from a massage request during the 2009-2010 school year.

In fact, they’re all rotten and self-absorbed, considering that the School Board’s statement seemed more concerned with maintaining the profile of the teachers than protect the young that they’re entrusted with.

Her actions were "sufficiently notorious to bring [Grampa] and/or the education profession into public disgrace or disrespect," the complaint states. 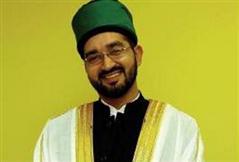