The Happiest Nation on Earth: “Way too many Danes think ‘What’s in it for me?’ instead of considering what’s best for Denmark”

"…in light of the credit crunch and a growing public debt problem, Denmark’s generous public spending has come under scrutiny" writes Natalia Rachlin in the New York Times after referring to the country as "something out of a fairy tale: a place where social benefits are not just a last resort for the underprivileged, but an ingrained part of everyday existence, even for high earners."

Specifically, the state-funded pension program … has fueled a discussion about the paradox of Denmark’s high earners receiving many of the same social benefits as the very neediest citizens. 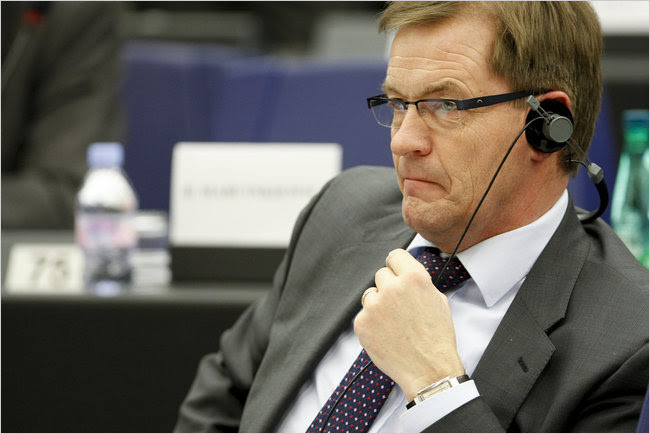 “Way too many Danes think ‘What’s in it for me?’ instead of considering what’s best for Denmark,” Bendt Bendtsen, a member of the European Parliament and a former leader of the Danish Conservative Party, told the financial daily Boersen in a recent interview.

…Denmark has the highest overall tax burden of all O.E.C.D. member countries, with taxes to G.D.P. reaching 48.2 percent in 2009. Furthermore, numbers from the O.E.C.D. show that Denmark has one of the highest marginal tax rates for high earners — 67 percent — when consumer taxes are included.

“If you take away social benefits from high earners, it’s basically the same thing as taxing them even more heavily,” said Mads Lundby Hansen, chief economist at Cepos, a center-right research organization in Copenhagen. “The question quickly becomes, why stay in Denmark? And the thing is, we need high earners here to invest in businesses, to keep the economy rolling.”

…Mr. Hansen of Cepos pointed to calculations done by his organization, based on data from the Ministry of Finance and Statistics Denmark, that show that in 2010 the percentage of the adult population living entirely off transfer income — whether it be welfare, student checks or state retirement funds — is at 43.2 percent.

…Lars Bruhn, founder and chairman of NorthCap Partners, a major venture capital firm … acknowledged that Mr. Bendtsen’s comments had started an important discussion about how to get Denmark back on track. But he added that any solution that amounted to increasing the burden on the country’s handful of high-net-worth individuals would be counterproductive — no matter how politically popular it might be.

“This will undoubtedly lead some business angels, those wealthy individuals who will invest in the next generation, to leave the country in order to avoid being a Dane – leaving behind what’s supposedly the happiest nation on earth,” he said.