“Don’t Make a Federal Case out of it!”

With a characteristic ignorance for the concept of separation of powers that keeps governments from turning into top-down quasi-dictatorships, EUvians are shocked by the Czech Republic wanting to add a condition to the Lisbon Treaty, as would be his right to propose. It is a simple one: to guarantee some sort of partitioning of court rights such that national judiciaries retain some powers traditionally held locally, much as they do in a German Land, a US State, or a Canadian Province.

Not only does his proposal offend on the basis of him using his political position to do politics (after all, he didn’t just sit down and shut up, but add to the debate surrounding just what form of government the EU is to take), but was treated with such incredulity that the EU’s state-press operation, Euranet, would not publish in written form what Czech President Vaclav Klaus’ proposal entails. 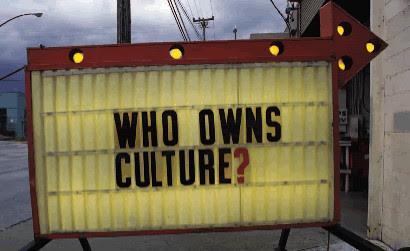 The cackles raised against it amounted to: “we won’t do federalism, so don’t even mention it” and “by the way, you’re still supposed to call this a democracy”. In short, the reaction reinforced a lack of commitment pluralism and to the potentially rich and meaningful debates we find in history regarding the formation of nation-state organization.

The anti-federalist position which is trying to cut off the mere mention of member states of any philosophically meaningful matters, perhaps even “missing an opportunity to shut up” when it comes to the future of the laws their population will have to live under is obscene.

The amusing thing about it is that it makes a “Federal case” out of all legal claims concerning property rights, something that can be readily resolved at the level of contract law on the nearest, lowest level of a judicial structure, and only slightly above that of a traffic court.

But since hurt feeling and ideological wars of attrition are the real issue at hand here, and not a population having a hand in how the super-state will be shaped, it’s reduced to a spitball fight over whether or not Vaclav Klaus gives you the creeps for talking about the basics of a democracy.

If anything needs “more Europe, not less Europe” to resolve itself, it is the genuine constitutional formation of a European democracy, instead of the Potemkin village just mounting the words “we aren’t a de facto autocracy” that it now appears to believe to be its’ only viable course.

What it amounts to is little more than an attitude about participatory government not matched by anything genuinely resembling a bottom-up model, and it appears to be trained-in like a dog conditioned to pee on cue. If you merely mention ‘rights’ to the ur-EU citizen, the notion that it means an entitlement to resources taken from someone else is the first thing that springs to mind, when in reality, a right is an inviolable freedom to act on a matter on your own behalf – the freedom of the individual, the thing slowing having been conditioned out of most Europeans over the past century.