Peace on Earth -or- Purity of Essence? 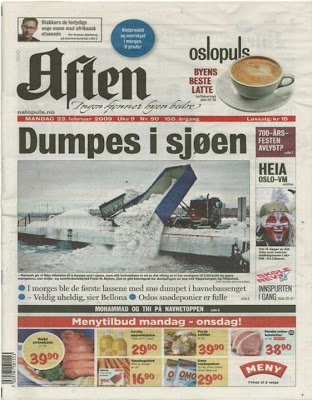 Remember when the collective environmentalists around the world breathed a sigh of relief (and thus damaging the climate with their reckless CO2 emissions) last November when the world was righted via the election of Democrats across the board in the US?

What do they "think" now?

To environmentalists, there is no more urgent question than addressing global climate change. The new Democrat-led Congress has vowed to pass major cap-and-trade legislation in response.

While President Obama said in Canada last week that climate change remains a priority, Congress appears in no hurry to act.

Senate Majority Leader Harry Reid, D-Nev., last week promised a bill "hopefully" by late summer. The House is unlikely to even attempt to pass a major bill until December at the earliest, according to Speaker Nancy Pelosi, D-Calif.

The nuance is overwhelming.
Posted by Georges at 06:23