Crusade Towards the Holy Land 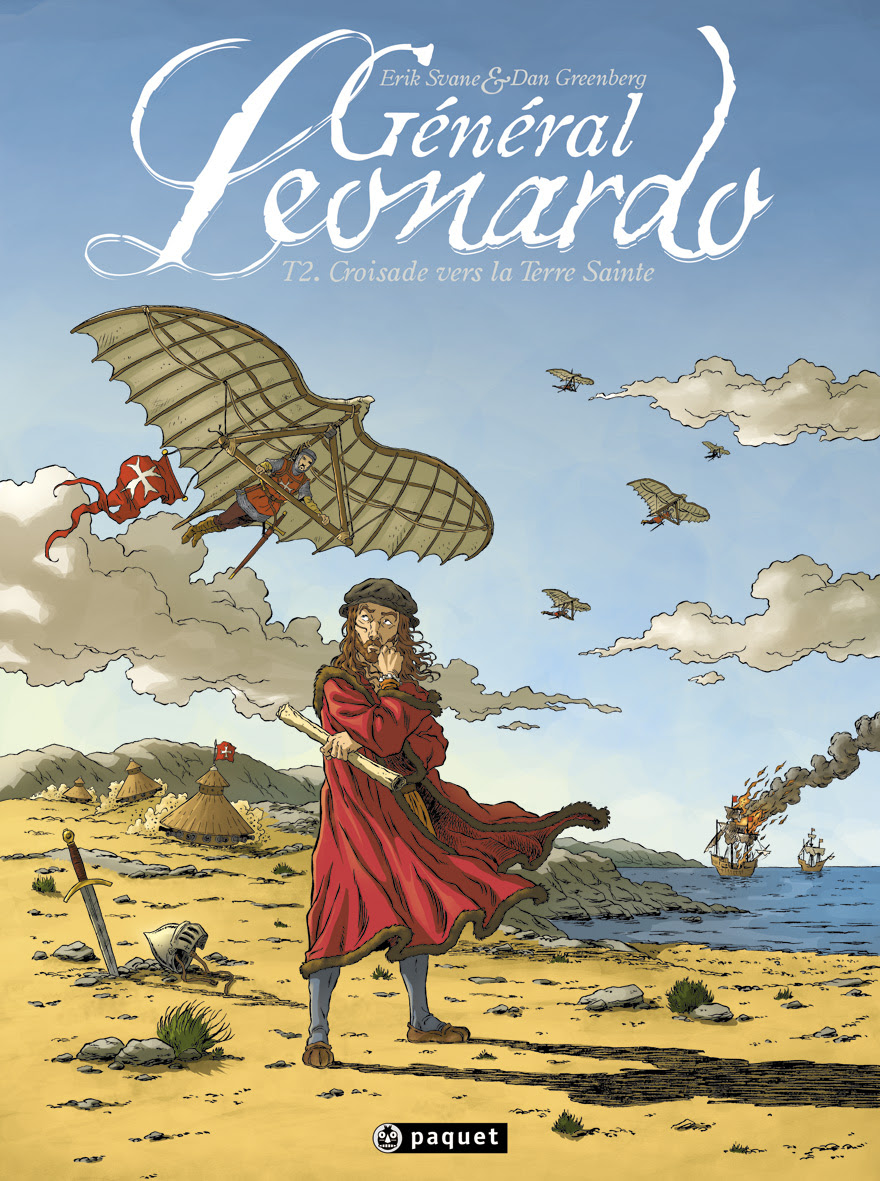 The second album of the adventures of Leonardo da Vinci (in bookstores on October 2) has the reluctant inventor of war-machines (gliders, tanks, scorpion vessels, etc…) forced to ship aboard the armada sailing for the Holy Land.

The first mission of General Scharano's Crusaders (after their departure from the Italian peninsula, prior to their final goal of Jerusalem, and with the help of Leonardo's advanced weapons) is to bring relief to the besieged Knights of Rhodes (later the Knights of Malta) by launching a surprise attack on the Sultan's crack troops surrounding their outpost on this, the outskirts of the Ottoman Empire. A battle of massive proportions looms. But the Baronessa Terranova is acting oddly and treachery is lurking…

A graphic novel published by the Éditions Paquet, Croisade vers la Terre Sainte (Général Leonardo, Tome II) is drawn by Dan Greenberg with his usual mastery and brought to you in stupendous colors by Fred Vigneau (See the cover in real size and order the book from Amazon)…

(PS: in the process of reading the book, don't be too surprized if you chance upon a couple of semi-hidden references to Leonardo the painter's portraits, paintings (famous and less famous), and other works…)
Posted by Erik at 09:20