“Solidarity” is only a common feeling, not an action for the common good

There are many causes for the buildings to enter a state as dangerous as the one that led to the recent death of 17 people living in crowded conditions recently in Paris. That buildings like that exist is nothing more than a failure of government managed social solidarity’s capacity to solve such problems, as it is a sign of the general meagerness that its’ theories perpetuate.
The technical solutions are straightforward – make the buildings better. How to do that is a matter of which side of the great debate of the century in the western world you fall on:

«Recent legislation. Housing is now considered to be a national responsibility - it is not just a matter for the state. Several legal texts bear this out: for example, an Act of 6 July 1989 recognized the right to housing as a "basic right" and one of 31 May 1990 expressly stipulated that "guaranteeing the right to housing is a duty for the whole nation in the name of solidarity".» 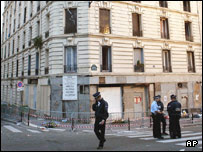 This is not good. The market forces which do this for people are better suited to the very atomized and industrial task of building and renovating. The various government bodies in the Netherlands were at one point the de facto builders of all housing, but the quality and suitability couldn’t work in a market where the public sought both a variety of structures and didn’t have identical buying power. They let the market function more autonomously and found that it the public preferred it.

Long in the lore of the Bauhaus philosophy was the drive to house the battered population of postwar Europe. What was destroyed by big government could only be rebuilt by one. The socialist governing philosophy was served by this notion, but what thereafter? The system grew into a sclerosis, and while some governments disposed of it others didn’t to an adequate degree. The idea that bureaucrats could force what someone imagines is a better life on people is older yet. 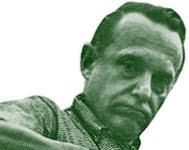 Even Peter Blake, an early participant in the modern movement, and the man who coined the name of The International Style told me unceremoniously that the great drive was to put a roof over the heads of the postwar population of Europe, and that the rest of the great drive to build tower blocks was social philosophy and government policy which was then unimaginable, and had little to do with most of the built work itself. He knew what he was talking about – a Prussian who fled Hitler’s repressive governance, he made it from the invasion of Normandy to end up as the first American soldier to enter Berlin after it fell to the Soviet having run past what was left of the Nazi lines.

Aide à la pierre remained in kind if not in literal form. The extent of that intervention may have been too far gone. In the 1960s and 70s the government attempt at withdrawal from direct financing and involvement in homebuilding caused a grave slowdown since the incentives were as absent then as they were in the 1930s. Without the incentives in place, or at least a lack of obstruction through propping up of trades which were not permitted to be free themselves, the housing stock could only get worse.

The great object lesson for this same problem in the US were the rent control laws imposed during the Second World War, and then in the case of New York City, left in place. The decent of the South Bronx into a slum was directly caused by the simple fact that building owners had no financial incentive to improve, maintain, or repair their property. The City’s experiment with socialism failed. In one way or another all socialist housing experiments eventually fail the people who live in them.

Not letting the market function requires controls of that sort precisely because of the burdens put on it, not just the making of borrowing difficult, but through the frustration of work through delays of seeking aesthetic approval and excessive environmental regulation.
Then the supply fails, raising the cost to people, even if the attempts to suppress the price succeeds for a little while.
That lack of supply will raise the price in other ways, in this case the grim state of the buildings which remain the only option for people with small to medium incomes in a controlled market.

It is no surprise that the cities in the United States that have the most expensive housing are the very same ones that have both the most onerous development controls and the added problem of a leftist view of how to house people. In that sense the blue state cities of San Francisco, New York, which are held up as examples of wealth are often compared to Europe in their policies, but in truth, holding up their wealth as a sign of success is flawed. That wealth has little purchasing power, few options, and finds itself living in a walk-in closet no different that those that the victims of last Thursday’s fire in Paris did.

There is a great, beneficial intersection of the needs of both the poor and everyone else. Free the market, and they poor will still end up with “the leftovers”, but they will be dignified leftovers more likely to be big enough and safe enough for people who in such an economic environment shortly will become homeowners with a little bit of hard work.

The press which seems perplexed by these events don’t see the causes or the simplicity of the solution. The failure isn’t inadequate “social housing”, it’s the existence of “social housing” at all.
Posted by Joe at 11:32