One place in Norway where market forces are allowed to work 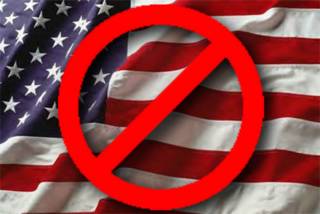 Oslo Girl clues us in on one of the only forms of unregulated free trade remaining in sharing and caring Norway:

«According to Aftenposten, prostitution in Oslo is close to reaching its saturation point. The recent influx of younger, more attractive prostitutes from abroad is squeezing older, drug-addled Norwegian prostitutes out of the market, which may lead them to commit more crimes.

"Those from abroad have spread out all over town. They are taking our customers and our locations... They take lower prices than we do. Some of them will accept 200 kroner for a lay, while 500 is (our) minimum." -Norwegian prostitute, 32 years old.»

That notwithstanding, the regulators expend resources sticking to their guns:

Then again, Oslo Girl also points outh that being an actual nation (having a language, culture, and borders) isn't much of an issue:

«There has been a lot of hooplah here in Norway concerning which flags should be permitted on the 17th of May. The 17th of May committee in Oslo announced a few months ago that only Norwegian flags will be permitted on the 17th. Well, you make a stupid rule and you'll get a stupid reaction. Counties all over the country responded by inviting people of non-Norwegian descent to wave their own flag on the Norwegian national day, you know, to show that Norwegians love foreigners and everyone's welcome here and blah blah blah.»

Being half-American, she briefly contemplated waving the Stars and Stripes, but came to her senses. When she realized that it's not that different then other parts of Europe where they play the game of "don't wave that flag!"