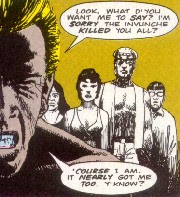 The BBC is parroting non-economic thought on Economics. The EU is telling the US to reduce its” trade deficit without understanding where their trade surplus comes from. A 5 percent of GDP trade defecit IS the exportation of wealth that luvvies keep asking for.

Want to know what the reverse looks like? Well it’s how you get a poor Africa, for one thing. It is an EXTRACTION of wealth without the trade and development benefit – all through nit-picking, reams of rules, and tariffs.

Their problem is that they don’t always take control of it through the drip-drip of endless guilt-tripping. As you can see this is not a new story. Even in 2003 it was a stale old story.

Ahhh! They must mean China and the developing world!

Think of it this way - the EU wants to US to terminate the only proven aid and development measure that has ever proven to work. Apparently starving peasants living in huts is charming, a poke in the eye to the accomplishment-minded, and oh-so okey-dokey to the shortsighted, visionless, avaricious twits in Brussels.