No Pasarán's Erik and Medienkritik's Ray (who flew from Nuremberg to join his brother-in-arms) attended the June 5 anti-American demonstration in Paris along with three French comrades (Aléric, Fredéric, and David) to learn more about the generosity, the tolerance, and the Solomonic wisdom of Europe's brotherly pacifists. (Lire la version française.) 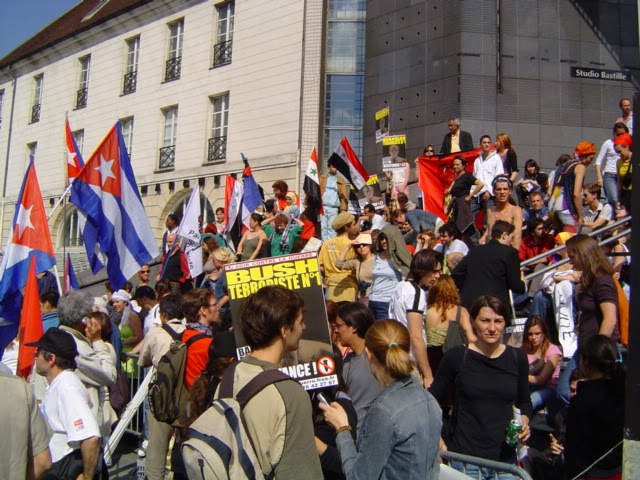 You're not in Kansas anymore! 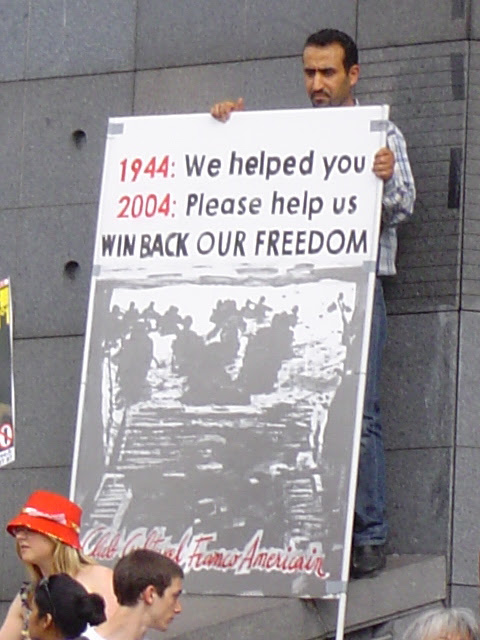 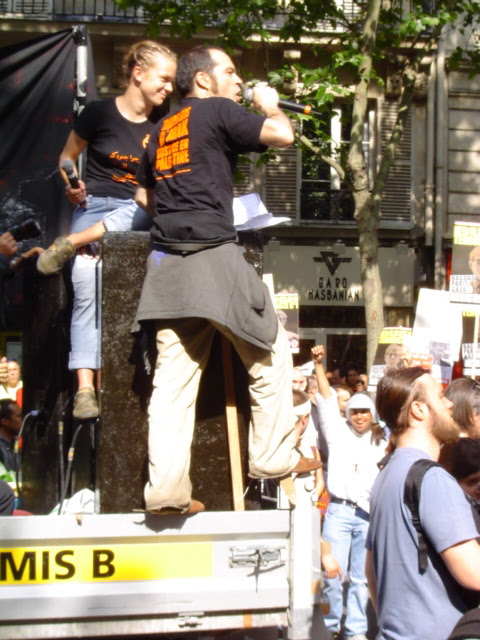 A French pacifist displays his generosity, his humanitarianism, his love of peace, and his hatred of bombings and other violent acts. (After spewing diatribes against Bush, Blair, and Sharon, followed rhythmically by the protestors chanting the word "Resistance!", the "DJ" spat out "We got Aznar! You're next!") 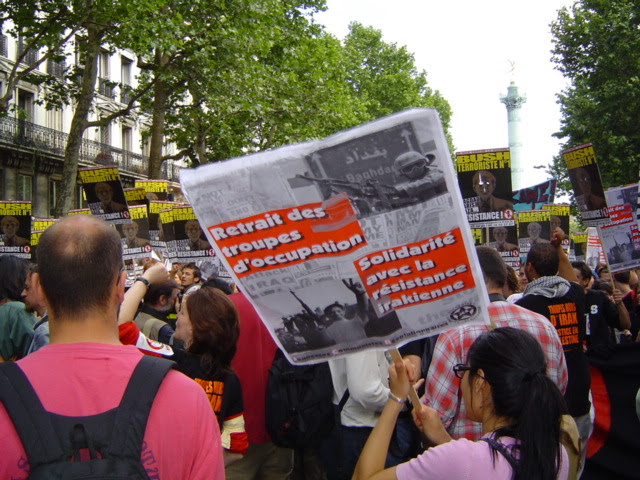 "Pull out the occupation troops! Solidarity with the Iraqi resistance!" Thank God that the citizens of Iraq have people here in Europe, who (contrary to the Americans) truly love them and want to help them. It's gratifying to see that these Europeans have the Iraqis' best interests at heart. 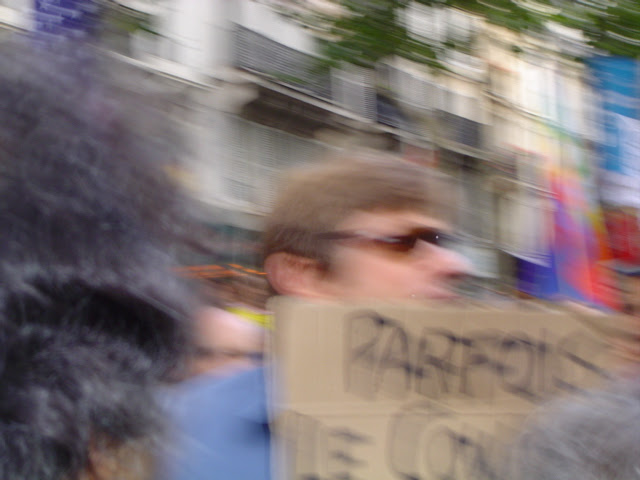 Imagine what the United States would be like had there been no Reagan.

The dismal 1970s would have continued into the 80s and 90s. The "revolutionaries" of the 60s would have atrified into a new status quo, an intolerant, close-minded Establishment unable to comprehend different points of view and so bereft of ideas that it can only define itself in opposition to others.

That is what Europe is today. And these are the true reactionaries.

WHat in heaven's name have Euro protestor kiddies ever done for Iraqis, I wonder? Did they feed or clothe them? Repair their ability to make a living? Bring them medicines? Nooo. They helped them by indulging themselves in imagined "solidarity"! Do you really think that thier "solidarity" (opposition to their emancipation from Sadaam, actually) is welcomed by the majority of the Iraqi population?

Do they even think to ask themselves that? Or even ask an Iraqi? A REAL one, not one who's been living in London as a teddy bear for the reds to hug...

Very good Erik. Reminds me of protestwarriors tactics.
With luck, may be you can film your interventions next time!
Might get you in physical harm though....

Where is brain-terminal when you need him?

You guys should think about being the European division.

Of course, you might get beaten up by these peacable-type folk.

My God, that rapper asshole and his smug girlfriend look like such loser dorks!

god damned erik,i was condemned to see the whole shit over the week-end on french tv.


next time you better call me,i'll bring a bigger flag and will fart in the protesters lines (a good big smelling fart from french cassoulet).

you make a great job,i'll send this to the white house and cnn.

take care friends but you are not alone.

Way to go Erik! You rock! Had I been there I would have been singing with you buddy. It's so depressing how retarded some people can be. No wait, I know some fine retarded people who would never be that stupid.

Nice job. At least there are some Western Europeans I can appreciate. Ironic that the only ones who so oppose the United States are really Leftists, Communists, Socilaists and Anarchists. They hate everything about the United States.