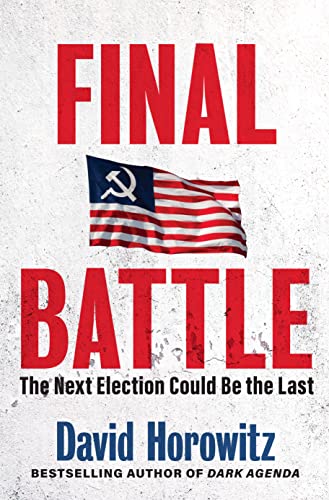 As The January 6 Protest Summarized in One Single Sentence points out,

Indeed, you can bewail "disinformation" threatening "our democracy" all you want… the fact remains that without November 3 — without the (numerous as well as the sweeping) anomalies of November 3 — there is no January 6.

On the Powerline blog, John Hinderaker (thanks to Instapundit) provides more detail on January 6 as he quotes David Horowitz [providing] the real lessons of the January 6 demonstration.

According to a report by the Inspector General, Donald Trump offered to provide thousands of national guard troops to protect the U.S. Capitol on January 6th, 2021. Trump was concerned about the possibility of trouble from fringe elements on the left and right who might see it as an occasion to cause trouble. His offer was rejected by Pelosi and the Democrats

… The January 6th protest was milder than any of the hundreds of Black Lives Matter riots the summer before, and led to no serious destruction of Capitol artifacts. But the Democrats en masse pretended to be horrified. They denounced the protest as an “armed insurrection” and compared it to Pearl Harbor and 9/11 and other enemy attacks on the United States which resulted in thousands of deaths.

When it was pointed out that no arms were found on the protesters, the Democrats simply dropped the term “armed” but still referred to the demonstration as an “insurrection” – i.e., treason. They made no effort to explain how one could mount an insurrection without arms. Obviously one can’t. Nonetheless, they accused Trump of inciting the “insurrection” even though no Trump sentence could be twisted enough to substantiate the charge. Democrats condemned him and attempted to prosecute him and even consign him to public oblivion. They passed resolutions seeking to bar him from public office, also saying that no public building or monument should bear his name – not even “a park bench.”

To seal their indictment, they claimed that five Capitol police officers were killed during the protest. The actual number was zero.

… Officer Sicknick was actually an ardent Trump supporter. This didn’t prevent the Democrats from staging a Potemkin-style funeral, bestowing the honor on Sicknick’s corpse of lying in state in the Capitol Rotunda while Democrat leaders praised and mourned him as a martyr killed by Trumpian insurrectionists while defending the Capitol.

Only one person was killed on January 6th – Ashli Babbitt – a forty-year-old five-foot tall unarmed woman and 14-year air force veteran. She can be seen on video tape standing among several Capitol Police officers threatening no one, when an outstretched arm holding a firearm is also seen on the same tape taking aim at Ashli and murdering her in cold blood.

The officer who pulled the trigger that ended Ashli Babbitt’s life was Officer Michael Byrd who had a history of mishandling firearms. Nancy Pelosi immediately stepped in and withheld his identity for a month, then quashed any investigation, made him a free man, and gave him a medal for defending the Capitol. Technically speaking that would make Pelosi an accomplice to murder, if Michael Byrd were tried and convicted in a court of law. But it also implicates the January 6th Committee and the Democrat leadership who knew the facts in the case but chose to suppress them.

This is what one expects from a fascist state, not a constitutional democracy. It is a lesson ignored at our peril in revealing the criminal determination of the Democrat Party to establish a one-party state at whatever the cost, and to demonize, intimidate and suppress any opposition that stands in their way, by any means necessary. 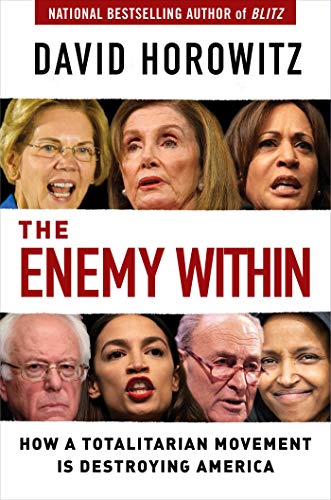 Related: • The Central Absurd Inconsistency of the Ray Epps Conundrum Described in Two Sentences
• Kabuki Theater: the "top 12 strange, stand-out moments" of the January 6th Committee's interview with Ray Epps
• Déjà Vu All Over Again in the Banana Republic of Biden: No, the Democrats did not run better campaigns; they cheated, as usual
• Isn’t it strange that in Florida, with all those strict rules against cheating, the GOP red tsunami happened as predicted? The Democrats have again fixed, rigged, and stolen an election
• Let’s dispense with the myth that liberals are really against voter fraud; Voter fraud is actually an essential part of their election strategy
• If the Democrats learned anything from their 2016 debacle it’s that they didn’t cheat nearly enough
• Democrats don't support voter fraud; they just worry about disenfranchising the deceased
• Voter ID: Apparently not allowing minorities to cheat is a form of racial oppression
• Of the 47 countries in Europe today — the nations and the continent that the Democrats are always telling us to emulate — 46 of them currently require government-issued photo IDs to vote
• Joe Biden, Why Are You Calling Denmark a White Supremacist Country? And You, Barack Obama: Why Are You Calling Africa a Racist Continent?  • 2020: an almost totalitarian effort by the national political and social media to suppress and ridicule any doubt of the accuracy of the election result
• Our élites constantly lecture everyone about "disinformation," about "big lies", etc; They're the biggest liars of all, with zero accountability
• Isn't America Being Governed by a Mafia Family Dynasty, setting things up so that there will always be Democrats in power?
• Inside of a month, Democrats have redefined riots and election challenges from the highest form of patriotism to an attack on democracy — And by “democracy”, they mean the Democrat Party
• Voter Fraud: A Note to Leftists Who Claim that "Not a shred of hard evidence has been produced"
• Dennis Prager: The Numerous (and Sweeping) Anomalies Regarding the 2020 Election That Cannot Be Ignored
Posted by Erik at 12:06