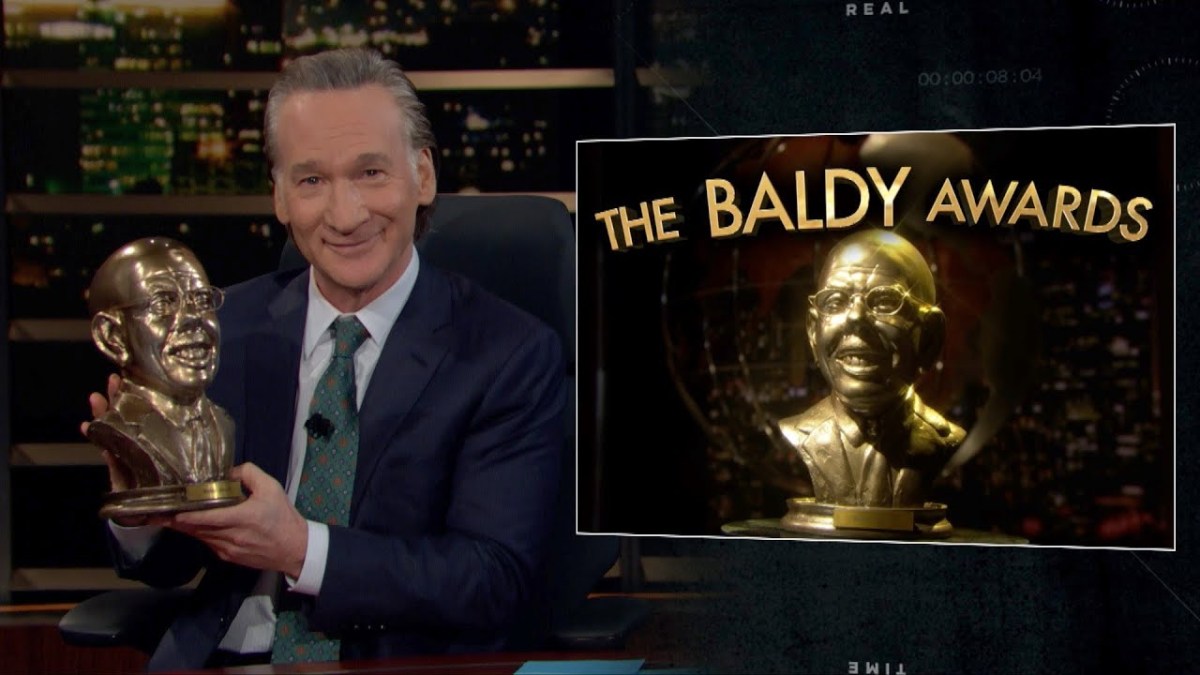 "That's not how science works." Or inquiry. Or investigations. Or reporting. Or journalism. Neutral, objective journalism.

In his podcast episode 553, Bill Maher welcomes two evolutionary biologists to discuss the nature and possible origins of the SARS-CoV-2 coronavirus.

As you read, or listen to, the conversation about the Chinese virus in the first minute and a half between Bill Maher, Bret Weinstein (whom some may remember from the Evergreen campus protests of 2017), and Heather Heying, notice how it could just as well be about the 2020 election:

• Bill Maher: …maybe the virus did start in a lab … in Wuhan … It would almost be a conspiracy theory to think that it didn't start in a lab (chuckles)…

• Bill Maher: Right, and that theory was demonized at first, "Oh, it can't, c'mon, that's conspiracy thinking, that it was started in a lab!" But it certainly is a 50-50, would you say that?

The demonization of voter fraud speculations — an entirely banal contention — applies to the many instances of shenanigans, small and large, in the 2020 Election — listed by Dennis Prager — otherwise known as "an election that violated every anti-fraud protocol and that resulted in statistically impossible numbers." To paraphrase Maher, "it would almost be a conspiracy theory to think that" the Left did not commit voter fraud.

• Bret Weinstein: Oh, it's far more likely than that. As a matter of fact…
• Bill Maher: Right

• Bret Weinstein: …I said I think in June that the chances that it came from a lab looked to me to be about 90%. So this was never a conspiracy theory, in fact that term is simply used to make it go away. It's an obvious hypothesis that is in need of testing, and we are only now, a year in, getting to the point where we can discuss it out loud without being stigmatized.

Stigmatized, in the case of conservative Trump supporters during the 2020 election, as conspiracy theorists, seditionists, and domestic terrorists (in addition to racists, sexists, deplorables, etc, etc, etc…)

• Heather Heying: A big part of the problem, of course, is that we are so politicized, we are so polarized and partisan now as a country that…

The people who are politicized, polarized, and partisan are the Drama Queens on the left. People on the right just want to be laid back and left alone…

In the next segment, think about the assumption of voter fraud being proposed by President Donald Trump, and what Heather Heying says about science, or inquiry, or investigations, or reporting, or journalism (neutral, objective journalism)…

• Heather Heying: …that if the wrong guy proposed this to begin with, and for half the country it was the wrong guy, then the rest of the country says "No way, no how, we're gonna call that a conspiracy theory, and — and we're never gonna revisit it." And the fact is, that's not how science works. That's not science. You need to say, "I've got a pattern, I'm going to make some observations, and I'm going to consider every possible explanation on the table." And did it leak from a lab? That was clearly from the beginning a possibility.

"The term [#conspiracytheory] is simply ,
used to make [the conversation] go away"

Do @billmaher, the #Democrats, & the #MSM
realize that this video applies as much to
the debate about #VoterSuppression in
the #2020Election?!

"It's an obvious hypothesis in need of testing" https://t.co/gxQsLeRsWk

It's no longer considered scientific to look for patterns or parallels or examine evidence, science consists of consensus opinion by self-appointed experts. You are a science denier when you ask questions about the science, that's simple logic.

You must believe the science. Science is always right, especially when it changes its mind.