Jaffa on the Civil War Era: For Democrats of the 21st Century as of the 19th, "the emancipation from morality was/is itself seen as moral progress"

As you read excerpts from Harry Jaffa's A New Birth of Freedom below, think of all the leftist shenanigans which have rocked America and the Western world in the past dozen years or so and, indeed, back to the 1960s, from the policies of the Barack, Joe, Chuck, and Nancy "dynasty" to the counterculture of the Hippie movements.

Think of the election of 2020, Black Lives Matter, the youth movement, and efforts across the board to muzzle Donald Trump and other conservatives, demonizing one and all as terrorists. As Jonah Goldberg put it in Liberal Fascism,

That is how the liberal Gleichschaltung works; contrary voices are regulated, barred, banned when possible, mocked and marginalized when not. Progressive voices are ecouraged, lionized, amplified — in the name of "diversity," or "liberation," or "unity," and, most of all, "progress."

But especially, think back a century or two, to the Democrats' decisions of the 1860s, the 1850s, and the 1830s, and how the ideas of Alexander Stephens, Stephen Douglas, and John Calhoun have prevailed over the promises of the American Revolution and the values of Abe Lincoln's Republican party…

This is the first post in a series of three on the Civil War era compared with modern times, and evidence of the lack of scruples in the Democrat party since its very inception.

Without further ado, I give you Harry Jaffa's A New Birth of Freedom:

… if ever there was a nation annihilated politically on the battlefield that nonetheless imposed the yoke of its thought upon its conquerors, it was the Confederacy 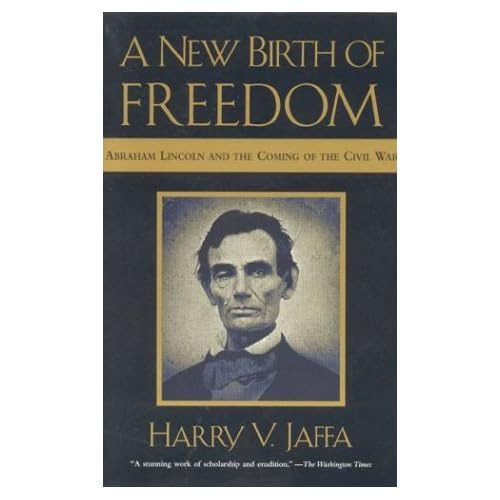 … Atheistic nihilism transforms the "bourgeois" and highly moral individualism of the American Revolution into something entirely different.  That older individualism was based on the idea of unalienable rights endowed by man's Creator.  Such rights were not unconditional.  They were to be exercised only in accordance with the laws of nature and of nature's God, which were moral laws.  Rights and duties were in reciprocal relationship.

From now on, "rights" would be understood as the unconditional empowerment of the individual to do as he pleased

… we will see in Calhoun the generation of the most powerful forces that today dominate the intellectual life, not only of the United States, but also of the Western world generally

The idea of progress led Hegel, Marx, and Calhoun radically to depreciate the role of reason in all their predecessors, whether statesmen or philosophers

… The piety professed by Calhoun collapsed into atheism.  Why continue to praise God for what man's unaided powers alone can accomplish?  The progress of science meant that mankind now had the power, and the responsibility, of a God who created ex nihilo.  To be possessed of such power meant that man, like God, was beyond good and evil

… Self-realization was in fact the only correlate of the new atheism.  As there could no longer be any distinction between man and God, which distinction is as fundamental to the Declaration of Independence as to the Bible, there could be no distinction between base and noble desires.  All desires were understood to be created equal, since all desires were seen as originating in that highest of all authorities, the self-creating self.  Each human being was to be his own God, obeying only those restrictions that were enforced upon him by the fact that he was not yet himself the universal tyrant.  In time, however, Science would enable everyone to act as if he were the universal tyrant.

As these doctrines were filtered trough the intellectual establishment of modern liberal regimes, of which Chief Justice Rehnquist is a typical representative, the emancipation from morality was itself seen as moral progress, and the opponents of that emancipation were seen as the reactionary enemies of both freedom and morality.  The essence of the new Liberalism was to make each human being, as far as possible, a universal tyrant within his own world, commanding all the pleasures possible in that world, and emancipated from everything except those limits upon his power which Science had not yet conquered.  Thus would the return to a Garden of Eden — but one in which there would be no forbidden fruit — be accomplished.

… The doctrine … that might makes right, certainly enlisted Hitler and Stalin among its disciples, along with many others.  It denies any legitimacy to the distinction between noble failure and base success, a distinction fundamental to the idea of human dignity as enshrined in the tradition of biblical and classical ethics, no less than in the Declaration of Independence.  What Becker writes here constitutes as well an endorsement of Calhoun's theory of the concurrent majority, by which only those minorities that are powerful enough to obstruct the will of the majority are entitled to the veto power.  Hence Southern slaveholders had minority rights, but Southern slaves (or free Negroes) had none

… the overwhelming majority of these [black] Americans regarded their destiny to be in the United States.  They were, after all, sold into slavery by black tribesmen, who captured them in order to sell them, and who slaughtered the ones they did not sell.  No resentment of slavery, however profound, engendered any love of a mythical African homeland.  To have asked them to return to Africa was not unlike asking American Jews whose parents or grand-parents fled czarist or Stalinist tyranny to return to Russia.  However involuntary their emigration from Africa, American Negroes, whether free or slave, have always seen America itself as the only promised land.  Both Christianity and the Declaration of Independence embodied promises to all men.  They saw no better or equal hope anywhere else, and certainly not in Africa.  The truth is that the slaves, ignorant and illiterate as they may have seemed, were far from unintelligent.

… submitting to compulsion is not submitting to authority.  An authority, properly so called, is someone whose commands we recognize as carrying with them obligation

"Truth" becomes merely a euphemism for what men believe, or say they believe, in order to persuade (or deceive) others for basely interested reasons.

[Abraham Lincoln said that] "You will find that all the arguments in favor of king-craft were of this class; they always bestrode the necks of the people, not because they wanted to do it, but because  the people were better off for being ridden."…

… Jefferson and Lincoln both understood that the process of resolving political differences peacefully by free elections was possible only within a system combining majority rule and minority rights, a system resting upon certain axiomatic premises.  In Jefferson's words, "The republican is the only form of government which is not eternally at open or secret war with the rights of mankind." [i.e., including the democratic form of government]

… one might call Calhoun the founding father of "interest group liberalism" in twentieth-century American political science.  Calhoun's theoretical writings are a landmark in the transition from individual rights to group rights as the ground of constitutionalism and the rule of law …  More than anyone else, Rousseau is Calhoun's intellectual progenitor

… Had Calhoun been writing in a later generation, he would have declared himself to have carefully avoided any "value judgments"

… "truth is great and will prevail, unless deprived of her natural weapons, free argument and debate, errors ceasing to be dangerous when it is permitted freely to contradict them"
— Thomas Jefferson's 1779/1786 Virginia Statute for Religious Freedom

… It is no accident that the civil rights movement, ever since the passage of the great Civil Rights Act of 1964 and 1965, has been based almost entirely upon the idea of group as opposed to individual rights.  As a theoretical concept, "black power" is no different from the "white power" espoused by Calhoun 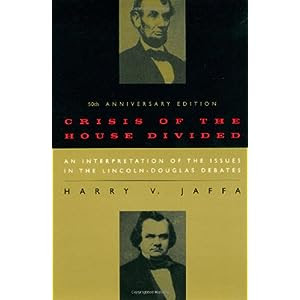 Related: • What Caused Secession and Ergo the Civil War? Was It Slavery and/or States' Rights? Or Wasn't It Rather Something Else — the Election of a Ghastly Republican to the White House?
• Wondering Why Slavery Persisted for Almost 75 Years After the Founding of the USA? According to Lincoln, the Democrat Party's "Principled" Opposition to "Hate Speech"
• Why Does Nobody Ever Fret About Scandinavia's — Dreadful — 19th-C Slavery Conditions?
• The Confederate Flag: Another Brick in the Leftwing Activists' (Self-Serving) Demonization of America and Rewriting of History
• How to Prevent America from Becoming a Totalitarian State
• Inside of a month, Democrats have redefined riots and election challenges from the highest form of patriotism to an attack on democracy — And by “democracy”, they mean the Democrat Party

The price include shipping fees and charges, order now: contact us via
email address:::::: {Universalcardshackers@gmail.com}
Whatsapp:::::+31687835881