The speed limit really is just a number on a sign, and it has very little influence on how fast people drive 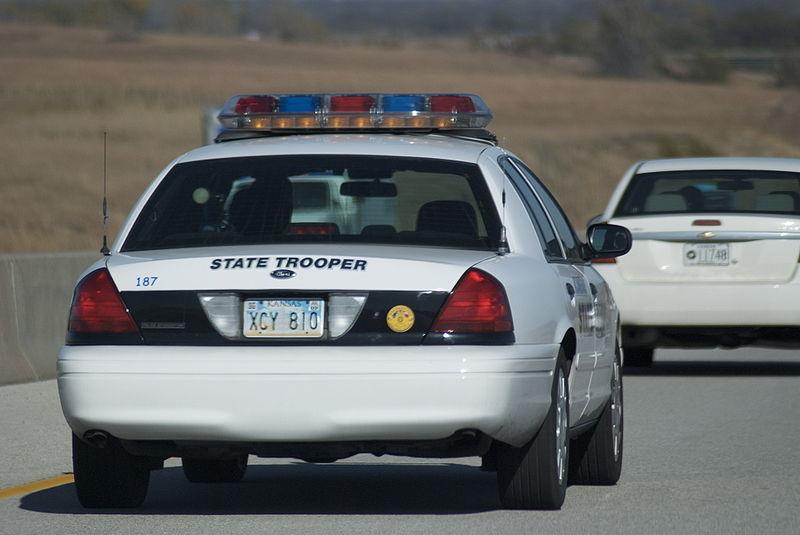 “We all speed, yet months and months usually pass between us seeing a crash,” [Lieutenant Gary Megge of the Michigan State Police] tells us when we call to discuss speed limits. “That tells me that most of us are adequate, safe, reasonable drivers. Speeding and traffic safety have a small correlation.”

Alex Mayyasi has a welcome article on Pricenomics (thanks to Harrison and a tip o' the hat to Maggie for the link).

(See also The Allyagottado Folks and the Sleep-Inducing Speed Limits.)

Over the past 12 years, Lt. Megge has increased the speed limit on nearly 400 of Michigan’s roadways. … Lt. Megge advocates for raising speed limits because he believes it makes roads safer.

This “nationally recognized method” of setting the speed limit as the 85th percentile speed is essentially traffic engineering 101. It’s also a bit perplexing to those unfamiliar with the concept. Shouldn’t everyone drive at or below the speed limit? And if a driver’s speed is dictated by the speed limit, how can you decide whether or not to change that limit based on the speed of traffic?
The answer lies in realizing that the speed limit really is just a number on a sign, and it has very little influence on how fast people drive. “Over the years, I’ve done many follow up studies after we raise or lower a speed limit,” Megge tells us. “Almost every time, the 85th percentile speed doesn’t change, or if it does, it’s by about 2 or 3 mph.”

… Years of observing traffic has shown engineers that as long as a cop car is not in sight, most people simply drive at whatever speed they like.


Luckily, there is some logic to the speed people choose other than the need for speed. The speed drivers choose is not based on laws or street signs, but the weather, number of intersections, presence of pedestrians and curves, and all the other information that factors into the principle, as Lt. Megge puts it, that “no one I know who gets into their car wants to crash.”

So if drivers disregard speed limits, why bother trying to set the “right” speed limit at all?

One reason is that a minority of drivers do follow the speed limit. “I’ve found that about 10% of drivers truly identify the speed limit sign and drive at or near that limit,” says Megge. Since these are the slowest share of drivers, they don’t affect the 85th percentile speed. But they do impact the average speed -- by about 2 or 3 mph when a speed limit is changed, in Lt. Megge’s experience -- and, more importantly, the variance in driving speeds.

This is important because, as noted in a U.S. Department of Transportation report, “the potential for being involved in an accident is highest when traveling at speed much lower or much higher than the majority of motorists.” If every car sets its cruise control at the same speed, the odds of a fender bender happening is low. But when some cars drive 55 mph and others drive 85 mph, the odds of cars colliding increases dramatically. This is why getting slow drivers to stick to the right lane is so important to roadway safety; we generally focus on joyriders’ ability to cause accidents -- and rightly so -- but a car driving under the speed limit in the left (passing) lane of a highway is almost as dangerous.


It seems absurd that over half of drivers technically break the law at all times. It’s also perplexing that speed limit policy so consistently ignore traffic engineering 101. So why do people like Lt. Megge need to spend their time trying to raise speed limits?

How Saudi Arabia Got Us All Driving 55 MPH

In 1973, the Egyptian military crossed the Suez Canal in a surprise attack on Israel. It was the start of the 1973 Arab-Israeli War, and also low speed limits in the United States.

When the United States began resupplying Israel with arms, the Organization of Arab Petroleum Exporting Countries announced an embargo against the United States and several other countries. Combined with other supply constraints, it led to a quadrupling of gas prices, shortages of gasoline, and long lines at the pump.


In an effort to reduce America’s need for gas, President Nixon issued an executive order mandating a 55 miles per hour speed limit on American highways, which Congress made law the following year. States are officially in charge of setting their own speed limits, but national leaders (semi) successfully cajoled states by tying compliance to federal highway funds. Since driving at high speeds is less efficient, the policy is estimated to have saved 167,000 barrels of oil per day, or around 1% of American motor oil consumption.

Even as the effects of the energy crisis drew down in the 1970s, the new federal speed limit remained. But rather than insist on the limit in order to reduce gasoline consumption, members of Congress maintained the policy because they believed it led to safer highways. This is shown by a debate over a measure passed in 1987, which allowed select states to raise the limit on certain roads to 65 mph. The New York Times reported that “Critics immediately warned that there would be a surge in highway fatalities.” The dissenting chairman of the Public Works and Transportation Committee called it “irresponsible, life-threatening legislation.''

Congress abolished the national federal speed limit in 1995. Many states increased their speed limits before they could even post new signs, but many speed limits remained low. Twenty years of a 55 miles per hour speed limit created a low baseline that drags down speed limits today.

Why Speed Limits Are Low

Consistently, the 85th percentile loses out to the perception that faster roads are less safe, so speed limits should be low. It’s a misconception, Lt. Megge says, that he faces often in his work. When he proposes raising a speed limit, the initial reaction is always “Oh my god! You can’t do that. People are already going too fast.” People think raising the limit 10 mph will lead people to drive 10 mph faster, when really changing the limit has almost no impact on the speed of traffic.

The same lack of understanding motivates public health pushes for lower speed limits that influence legislation. The World Health Organization, for example, advocates low speed limits to prevent road fatalities, and cites studies showing that accidents and fatalities increase with traffic speed. “When you look at it from a pure physics standpoint,” Megge says, “and ask would you rather hit a bridge abutment at 10 mph or 40 mph, you can’t argue with that. But when I look at correcting a speed limit, I am not advocating driving faster, and that’s the hard part to get over.”

If someone could wave a wand and get every American to drive below 60 mph, roads would be safer. But since law enforcement can’t keep over 50% of Americans from speeding, putting a low number on a sign can’t make roads safer. Fortunately, American roadways are safer than ever, with highway fatalities at historic lows. Roads can be dangerous, but the perception of roads getting increasingly dangerous is a false one.

… The other reason speed limits may remain low, which John Bowman, Communications Director of the National Motorists Association strongly insists on, is that cities and police departments use traffic citations as a revenue generating tool. As Bowman says, when speed limits are artificially low, it’s easier to give out citations and pull in fine revenue.

Due to concern about such “speed traps,” Missouri passed a law in the 1990s that capped the amount of a town’s revenue that could come from traffic tickets. In 2010, auditors discovered that Randolph, Missouri, generated 75% to 83% of its budget from traffic tickets. The tiny town of around 50 residents, which is located near several casinos, employed two full-time and eight part-time police officers, turning it into a speed trap poster child.

Figuring out how common the tactics used by Randolph’s police department are around the country is difficult, as is tying it to a conscious decision to keep speed limits low. Each town or city makes its own decisions, which makes it difficult to know how comprehensively speeding tickets are used as a revenue generator. Further, it is very easy for police departments to defend pushing officers to issue more tickets as a goal intended to further roadway safety -- as the LAPD did when found in violation of a state law banning traffic ticket quotas last year.

In our conversation, Lt. Megge stated that he believes speed traps to be a “big problem” and counter to police officers real role of altering dangerous behavior. In a Detroit Newsarticle about a number of towns ignoring state law by not reviewing the speed limits on stretches of their roads, Megge said that he believes the communities did so in order to avoid revising speed limits upwards. This allows them to keep collecting ticket revenue on “artificially low” speed limits.

… “I don’t want to lie to people,” Lt. Megge tells us. It may make parents feel better if the speed limit on their street is 25 mph instead of 35 mph, but that sign won’t make people drive any slower. Megge prefers speed limits that both allow people to drive at a safe speed legally, and that realistically reflect traffic speeds. People shouldn’t have a false sense of safety around roads, he says.

If people and politicians do want to reduce road speeds to improve safety, or make cities more pedestrian friendly, Megge says “there are a lot of other things you can do from an engineering standpoint.” Cities can reduce the number of lanes, change the parking situation, create wider bike paths, and so on. It’s more expensive, but unlike changing the number on a sign, it’s effective.

Raising speed limits up to the speed of traffic can seem like surrendering to fast, unsafe driving. But it would actually accomplish the opposite. If advocates like Megge are right, following the 85th percentile rule would make roads safer, and it would also mean taking speed limits seriously.

In its 1992 report, the U.S. Department of Transportation cautioned, “Arbitrary, unrealistic and nonuniform speed limits have created a socially acceptable disregard for speed limits.” Lt. Megge has worked on roads with a compliance rate of nearly zero percent, and a common complaint among those given traffic citations is that they were speeding no more than anyone else. With higher speed limits, Megge says, police officers could focus their resources on what really matters: drunk drivers, people who don’t wear seat belts, drivers who run red lights, and, most importantly, the smaller number of drivers who actually speed at an unreasonable rate.