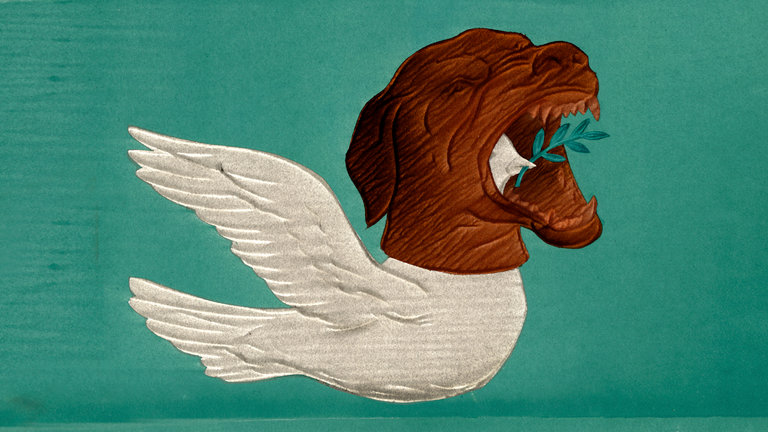 Incredibly, the New York Times, or at least its international version, has given the left column of its front page to one Mark Moyar. The opinion piece penned by the director of the Center for Military and Diplomatic History at the Foreign Policy Initiative is entitled: The World Fears Trump’s America. That’s a Good Thing.

The fear is real. Mr. Trump has indeed terrified foreign leaders with his “America first” mantra, his promises to enlarge the American military and his tough talk on everything from the Islamic State to Air Force One. The good news is that his administration can turn this fear to the benefit of the United States.


During the last eight years, President Obama showed what happens when the world’s greatest power tries strenuously to avoid giving fright. He began his presidency with lofty vows to conciliate adversaries, defer to the opinions of other countries and reduce America’s military commitments. Consequently, he received rapturous applause in European capitals and a Nobel Peace Prize. In the real world of geopolitics, however, the results have been catastrophic.

Mr. Obama’s passivity in the face of provocations and his failure to enforce the “red line” in Syria led Russia, China and other adversaries to seek new gains at America’s expense. His promises to “end the wars” in Iraq and Afghanistan satisfied the cosmopolitan chatterers of Stockholm, Paris and New York, but they deflated American allies in Baghdad and Kabul, and emboldened adversaries in Iran and Pakistan. So severe was the damage that he had to send troops back to Iraq in 2014, and had to abort his plans to withdraw all American forces from Afghanistan before leaving office.

The Obama presidency is but the latest chapter in a post-1945 saga that has been dominated by international fear of the United States, or lack thereof. In 1950, North Korea invaded South Korea because Harry S. Truman’s exclusion of South Korea from America’s “defense perimeter” removed fears of intervention. By contrast, Dwight D. Eisenhower employed rhetorical threats and high military spending to fill the Communist powers with fear of nuclear Armageddon, an approach that kept the Communists from launching further invasions.

Lyndon B. Johnson tried to avert a major war in Vietnam by showing restraint, in expectation of North Vietnamese reciprocation. Hanoi responded by pouring troops into South Vietnam. Richard M. Nixon revived fears of the United States with his “madman theory,”

whereby he took seemingly reckless actions to convince America’s enemies that he just might be crazy enough to do it. Those fears, and the caution they instilled in the Communist powers, dissipated when the Watergate Congress kicked the legs out from under South Vietnam. The world continued to live without fear of a strong America under Jimmy Carter, whose timidity caused nations to fall to Communism and the United States Embassy in Iran to fall to anti-American extremists.

In 1980, as in 2016, Americans elected someone who made clear his intent to put fear back in the nation’s enemies. Nowadays, even liberal Democrats applaud Reagan for bringing the Soviet Union to its knees. Back in 1980, however, Reagan’s tough, nationalist stances on foreign policy aroused the same condemnation of “fearmongering” currently emanating from the world’s enlightened critics of Mr. Trump.


The trembling of the rest of the world does not ensure that American foreign policy will be successful. Like any other strategic advantage, it works only when properly exploited through sound strategic decisions. Tough talk must be used judiciously. As the Syrian red line debacle demonstrated, the White House should issue specific threats only when it is prepared to follow through on them.

In its diplomacy, the new administration must seek the proper balance between fear and more positive motivations like respect and admiration. Under Mr. Obama, and his like-minded predecessors, American foreign policy created plenty of fear among some of America’s allies — fear that the United States would let them down. The Trump administration will need to reverse those expectations, so that fear of the United States is once again stronger among enemies than friends.


At times, nevertheless, even allies ought to have cause to worry about White House decisions. They must know that the world’s most powerful nation is prepared to practice tough love if they take actions inconsistent with the strength of the United States or the stability of the international system. Without such worries, they are liable to keep doing as they have often done in recent years — skimping on military spending and international commitments in expectation that the Americans will reflexively pick up the slack.

As the world’s most powerful country, and the only one whose leadership can safeguard the world order, the United States must care more about whether it commands international respect than whether it is loved by international elites. The incoming administration appears poised to return the United States to this precept after an eight-year drought. Americans and America’s allies should be relieved. America’s enemies are right to be afraid.