Michelle Obama's Response Is Far Worse Than Saying Life Under Trump Is Without Hope: She Considers that Americans Are Kids in Need of a Father Figure for President 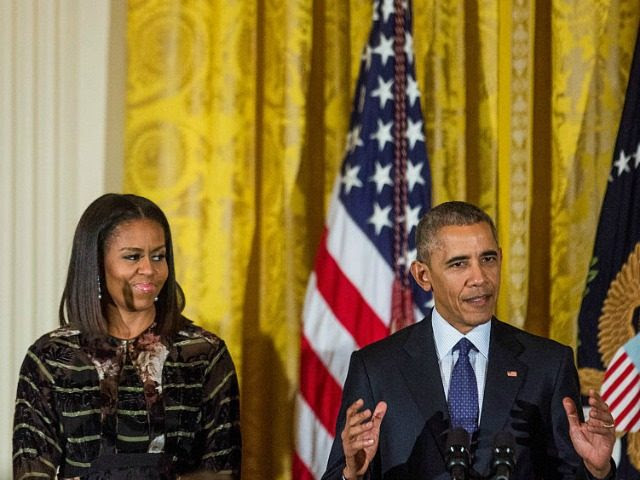 Charlie Spiering has watched Michelle Obama on the Oprah Winfrey Network and the Breitbart columnist does not seem to be much impressed:


Michelle Obama … she thinks her husband had been a calming voice for the country, comparing him to a parent calming a child that had bumped his head.

“I feel like Barack has been that for the nation, in ways that people will come to appreciate. Having a grownup in the White House who can say to you in times of crisis and turmoil, ‘Hey it’s going to be OK,’” she said.

The general response has usually been disbelief or mirth and merriment that the Apologizer-in-Chief's wife considers life under Donald Trump life without hope.

But what the former Michelle Robinson said is far worse—here are her actual words:


What do we give your kids if you can't give them hope? Y'know, our children respond to crises the way they see us respond. You know, it's like [a child] that bumps his head on the table, and they look up at you to figure out whether it hurts. And if you're, like, "oh my God, they're cryin'!", but if you're like "you know what, babe, it's okay, it's okay…"

And I feel that way about the nation, I feel that Barack has been that for the nation — in ways that people will come to appreciate. Having a grown-up in the White House who can say to you in times of crisis and turmoil, "Hey, it's going to be okay. Let's remember the good things that we have, let's look at the future, let's look at all the things that we are building." All of this is important for our kids to stay focused, and to feel like their work isn't in vain, that their lives aren't in vain…

So the American public is not only "kids" but "our kids"; who need a father figure in the White House to stay focused and who need his benevolent intervention to prove that their work, and that their lives, are not in vain. Needless to say, this echoes her husband's contention that young Americans are "kids" until at least 26 (the age at which the "kids" can stay under their parents' health care) and quite possibly until far longer.

In fact, the wife has just said, effectively, that all citizens are children throughout their entire lives. Meaning only one thing: that, for their own good, Americans need 1) higher taxes and 2) more interventionist politicians to ride, like knights in shining armor and on white steeds, to their rescue, along with 3) more beneficent bureaucrats to intervene in their lives.

Note to both Obamas: No U.S. president is a father (or the mother) of the nation. Americans are not "kids" and Americans are not crybabies in need of a Che Guevara-like father figure to blow their noses. Americans live in a republic, founded 240 years ago by men who agreed with the Judeo-Christian assumption that all men are equal and all men are in fact grown-up adults, who, offhand, can be trusted to take care of their own lives and the vast majority of problems therein.

This is reflected in the Declaration of Independence (a message to the "you-didn't-build-that" — and won't be able to do so without our help — élites of George III), and, indeed, in every single line of the Constitution of the United States of America.


The Democrats' “political strategy relies on maintaining economic dependency and feelings of victimhood. To say you must have hope is — think about it — a euphemistic way to say you must continue to feel needy.”