It used to be that we poked fun at the Chicken Littles; In the era of the drama queen, every "The sky is falling!" is taken as holy writ 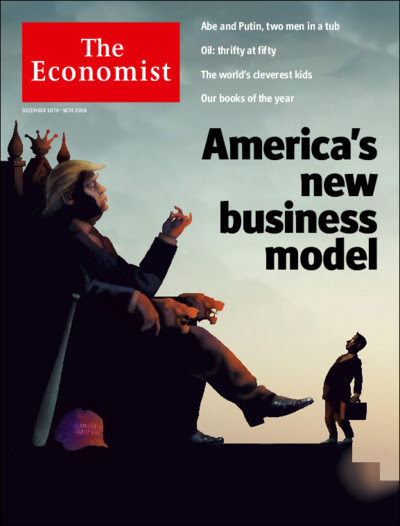 Referring to the fact that The president-elect’s EPA head may not believe in climate change, a Trump Appointments article in The Economist is entitled A fox for the henhouse.

I respond as follows:

Not only do you assume that leftists alone take a "serious view of the environment", you have adopted the disparaging "denier" expression for their opponents as well ("A fox for the henhouse", December 10th).

There are those among us who have not failed to notice that, over the decades, the "coming ice age" of the 1970s morphed into "global warming" before such inconvenient phenomenons as freezing winters led — conveniently — to the coinage of a one-size-fits-all "climate change".

Like cartoonists around the world, your Kal has drawn GOP elephants mocking activists' fears even as they are forced to climb onto the rooftop of such buildings as the US Congress (soon to include the White House) because of the rising waters.

Think of Los Angeles and New York, of Aberdeen and Brighton, of Capetown and Sydney: Correct me if I'm wrong, but isn't it true that in the past five weeks, the past five months, the past five years, and the past 50 years (even the past 500 years?), the oceans do not seem to have risen by as much as a single inch?

Thousands of The Economist readers are howling in outrage as they read this letter and as I go on to ask: So who are truly the irrational people here? Isn't science supposed to require the challengers of the status quo to prove their contention?

It used to be that we poked fun at the Chicken Littles and the other boys who cried wolf. In the era of the drama queen, every "The sky is falling!" is taken as holy writ, used to clobber clueless citizens (aka "racists", "deplorables", etc, not least… "deniers"), even as taxes are raised ever higher to increase the size of the administrative state so that politicians and bureaucrats alike can rush to our "rescue".

Hasn't it occurred to you that this snooty (not to mention self-serving) attitude is precisely what, over the past year, skeptical citizens have started to vote against? 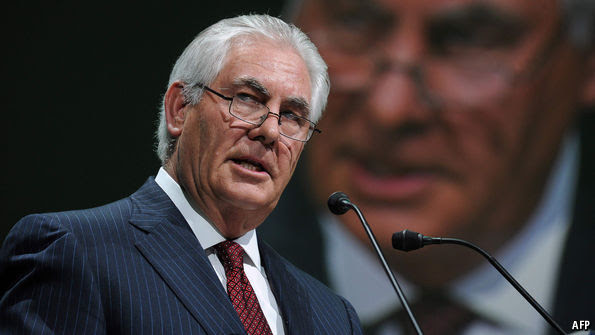 Related: Editorial Cartoons: Are They Humor or Are They Propaganda? 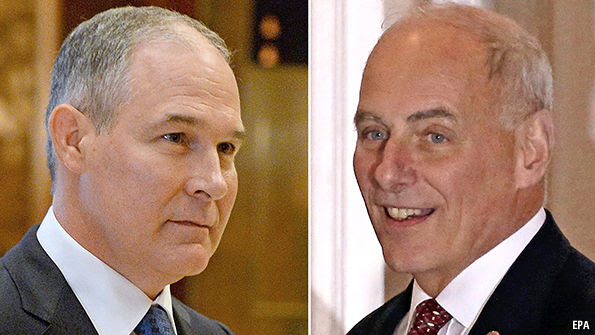 Related: Devotees of Science Versus Followers of Religion —
Are Only the Latter to Be Taken to Task for Their Alleged Superstitions?
(dispassionate in-depth chapter-length article
which examines the subject from all perspectives)

Related: Artists Unite: In this era of integrated information, we
are witnessing the most concerted attack on freedom in world history
Posted by Erik at 05:33