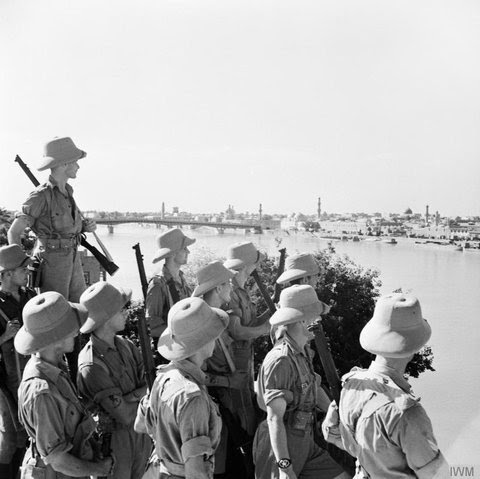 Strong British forces, believed to include air personnel, have landed at Basra, Iraq’s principal port on the Persian Gulf, an official announcement said here [on April 19, 1941].

The move was seen as a counter-stroke to German maneuvers to gain control of the country’s valuable Mosul oil fields. The imperial forces landed at Basra, it was said, in accordance with the terms of the Anglo-Iraqi treaty, and the new government of Premier Sayid Rashid Ali al-Gailani was said to be co-operating with the British. A warm welcome was said to have been given to the troops by the local population.