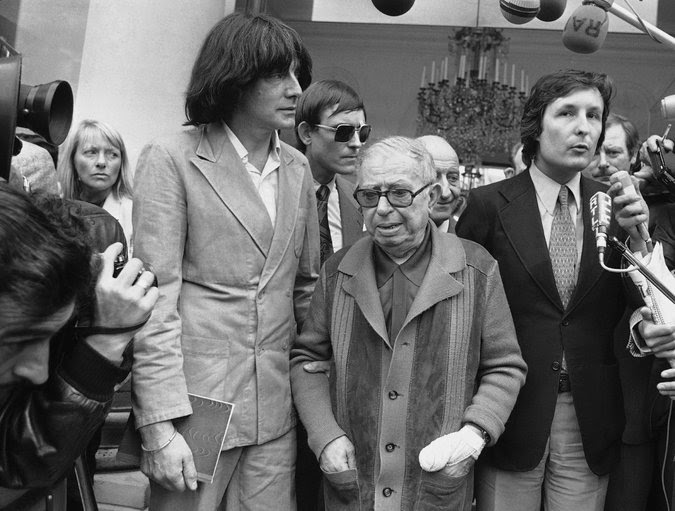 André Glucksmann, one of the most prominent of the French “New Philosophers,” a group of former radicals who broke with Marxism in the 1970s and became an intellectual counterweight to France’s political left, [has died] in Paris

André Glucksmann on No Pasarán:
• The anti-capitalist vituperation, says Glucksman, is what led to the communist and fascist political strategies which “dragged humanity into hell”
• Bin Laden Is Gone, Not The Strategy of Radical Hatred Without Quarter
• Sleeping soundly is the slogan of every cowardice
• The "Absolute Crime": For "the Battle of His Life" —the Fight Against the Kremlin's Rule— André Glucksmann Is Hated By His Fellow French Intellectuals

Mr. Glucksmann came to prominence in May 1968, when, as a teacher and militant Marxist at the Sorbonne, he publicly cheered on the student revolt both there and, a year later, at the University of Paris 8 Vincennes, where he and the philosopher Michel Foucault led the intellectual charge.

He joined the Proletarian Left, a Maoist group, in the early 1970s, but soon became disenchanted with revolutionary politics. He was dismayed when the group kidnapped a Renault executive and, as a Jew, was shocked when radical Palestinians murdered 11 Israeli athletes at the 1972 Olympic Games in Munich.

The turning point came with the publication of Aleksandr Solzhenitsyn’s “The Gulag Archipelago,” a work that transformed him into an implacable enemy of the Soviet Union and all ideologies.

In 1975, in “The Cook and the Cannibal,” Mr. Glucksmann subjected Marxism to a scalding critique. Two years later, he broadened his attack in his most influential work, “The Master Thinkers,” which drew a direct line from the philosophies of Marx, Hegel, Fichte and Nietzsche to the enormities of Nazism and Soviet Communism. It was they, he wrote in his conclusion, who “erected the mental apparatus which is indispensable for launching the grand final solutions of the 20th century.”

An instant best seller, the book put him in the company of several like-minded former radicals, notably Bernard-Henri Lévy and Pascal Bruckner. Known as the nouveaux philosophes, a term coined by Mr. Lévy, they became some of France’s most prominent public intellectuals, somewhat analogous to the neoconservatives in the United States, but with a lingering leftist orientation.

Their apostasy sent shock waves through French intellectual life, and onward to Moscow, which depended on the cachet afforded by Jean-Paul Sartre and other leftist philosophers.

“It was André Glucksmann who dealt the decisive blow to Communism in France,” Mr. Bruckner told French radio on Tuesday.

… “In the West, he presented the anti-totalitarian case more starkly and more passionately than anyone else in modern times,” said Paul Berman, who wrote extensively about Mr. Glucksmann in his books “A Tale of Two Utopias” and “Power and the Idealists.”

“He was a passionate defender of the superoppressed, whether it was the prisoners of the Gulag, the Bosnians and Kosovars, gays during the height of the AIDS crisis, the Chechens under Putin or the Iraqis under Saddam,” he said. “When he turned against Communism, it was because he realized that Communists were not on the same side.”

… At 13, while a high school student, he joined the Communist Party, but he was expelled after criticizing the Soviet Union’s suppression of the revolt in Hungary. In a 2006 memoir, “A Child’s Rage,” he chronicled his parents’ lives and his early upbringing.

After earning the teaching degree known as an agrégation from the École Normale Supérieure de Saint-Cloud in 1961, Mr. Glucksmann enrolled in the National Center for Scientific Research to pursue a doctorate under Raymond Aron — an odd matchup because Aron was France’s leading anti-Marxist intellectual. 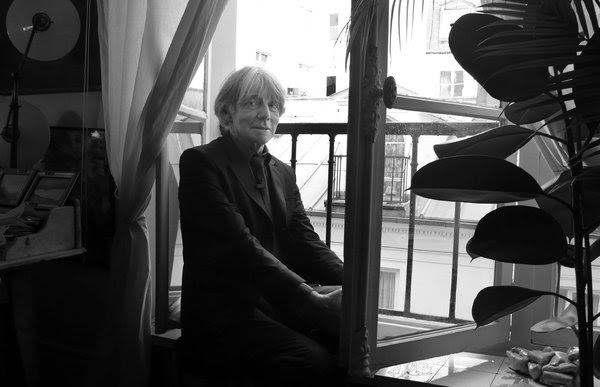 … His subsequent turn away from Marxism made him a reviled figure on the left, and former comrades looked on aghast as he became one of France’s most outspoken defenders of the United States. He argued for President Ronald Reagan’s policy of nuclear deterrence toward the Soviet Union, intervention in the Balkans and both American invasions of Iraq. In 2007, he supported the candidacy of Nicolas Sarkozy for the French presidency.

“There is the Glucksmann who was right and the Glucksmann who could — with the same fervor, the same feeling of being in the right — be wrong,” Mr. Lévy wrote in a posthumous appreciation for Le Monde. “What set him apart from others under such circumstances is that he would admit his error, and when he came around he was fanatical about studying his mistake, mulling it over, understanding it.”

… “I think thought is an individual action, not one of a party,” Mr. Glucksmann told The Chicago Tribune in 1991. “First you think. And if that corresponds with the Left, then you are of the Left; if Right, then you are of the Right. But this idea of thinking Left or Right is a sin against the spirit and an illusion.”