recalls Stephen Clarke as he discusses the Uber stiuation in France, where fistfights have broken out among the two groups.


Luckily, my latest book has attracted enough attention to get me invited to do TV and radio, and either my publisher or the production company always sends a taxi, and has one waiting for me after the show.

Occasionally I’ve said non merci during rush hours because then it’s quicker to get the Métro rather than sit watching a traffic jam, but usually I’ve accepted the offer with gratitude. When you’ve written a book about France’s greatest-ever political figure, it’s useful to have some quiet time to mug up on dates and quotations before going on air. 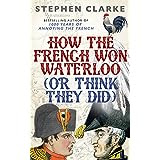 … a lifelong Parisian who told me that the rules covering taxis today are based on the code written by Napoleon for cabs in the early 19th century.

I’ve quite often wished that my taxi driver could have lashed out with a horsewhip to clear the traffic blocking a junction, but this wasn’t what he meant. He was making the point that he, like all his fellow taxi licence holders, has to obey laws, and is part of an accountable system.

By contrast, he said, the new wave of drivers working for a certain foreign app-based taxi service (that shall remain nameless), were “pirates”. Whereas a real taxi driver has to queue up at airports and can wait two hours or more before he or she’s allowed to go and pick up a fare, the “pirates” hang around and get calls within minutes from arriving passengers.

… Things are getting so heated that there have been fights between angry taxi drivers and the touts loitering in airport arrivals areas. One taxi driver was recently knifed while sitting in his car. And all because (so the taxi drivers say) the police is doing nothing to stop the illegal taxi touting.

Which is why, this Thursday, taxi drivers will be blocking railway stations and airports in an attempt to force the government to act. If you’re planning to arrive in Paris or leave on that day, best to use underground transport and avoid some spectacular gridlock.