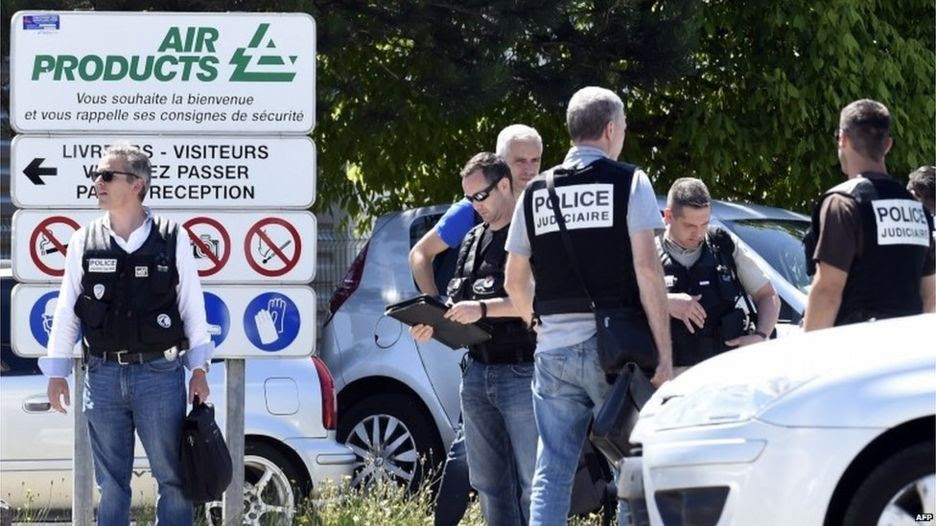 A terrorist action in Isère has resulted in an explosion at an industrial gas factory, several wounded, and one dead, who was decapitated. Le Monde and Le Figaro report that the perpetrator, who walked inside the Saint-Quentin-Fallavier factory holding an Islamist flag, has been arrested. The dead man's head was attached to the gate along with a note in Arabic. 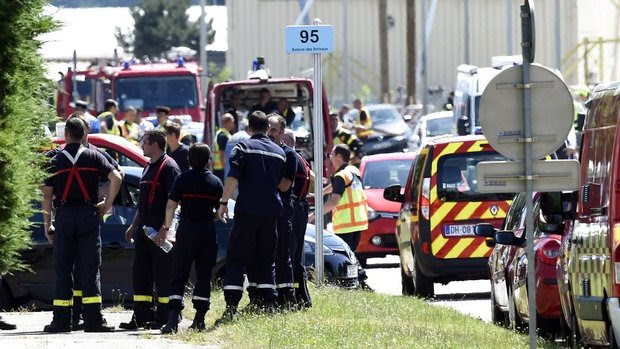 
One person was decapitated and several others were injured in an apparent terror attack at a chemical factory in eastern France Friday morning, local media reported.

According to Le Dauphine newspaper, a loud explosion was reported at approximately 9:50 a.m. local time in Saint-Quentin-Fallavier, northwest of the Alpine city of Grenoble.

According to the paper, a man walked into the company's offices saying he was a member of ISIS and carrying one of the terror group's flags. After beheading a man at the company's entrance, he went into the building and set off several gas canisters. 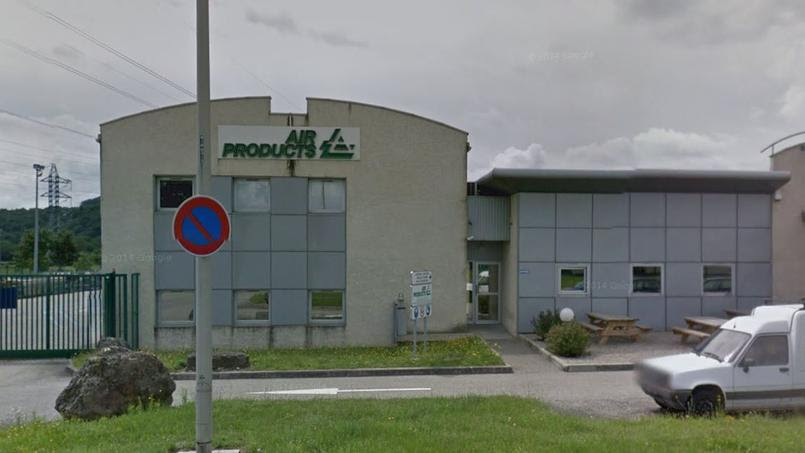