Smart Diplomacy: "US rift with allies grows" as France reports its embassies were targeted, spied upon

While the White House battles Congress over everything from the budget to ObamaCare, a potentially seismic shake-up is happening in America's relationship with some of its most-longstanding allies.

US rift with allies grows as Saudi Arabia, France voice concerns is the title (by Judson Berger) of the top story on Fox News website right now, as France reveals that its embassies were spied upon by the NSA.

(Ah'm tellin' ya, anymore of this wonderful, smart healing diplomacy of Barack Obama's to repair relations with all types of foreign countries, and I'll jes' keel over…)


For weeks now, a damaging trickle of once-secret information about the National Security Agency's spying abroad has outraged U.S. partners. France is the latest to formally protest over its citizens' alleged treatment at the hands of NSA analysts.

But new reports are also emerging about a decision by Saudi Arabian officials to distance themselves from Washington. The Wall Street Journal reported overnight that Saudi Arabia's intelligence chief told European diplomats that the country will pull back on its cooperation with the U.S. on arming and training Syrian rebels.

… The Saudi pull-back reportedly is tied to disappointment over the U.S. decision not to proceed with a strike on the Assad regime in Syria, as well as a possible softening of the relationship between Washington and Tehran.

Fox News Middle East analyst Walid Phares said Tuesday that Saudi Arabia is not alone.
"Jordan is in the same view. Kuwait, Bahrain, the U.A.E.," he told Fox News. "What we see forming is a bloc of former Arab allies or of Arab allies who are not very happy."

… On the NSA front, State Department spokeswoman Marie Harf noted Monday that the Obama administration is formally reviewing its intelligence-gathering activities, while also reassuring other countries "that we take their concerns seriously."

She stressed that the intelligence is collected to protect allies' citizens as well.
"People understand the value of intelligence gathering around the world, right? It's where the balance lies between privacy and security, and those are the conversations we're having right now," she said.
France is one of America's oldest allies, and U.S. officials are keen to ease the tension over U.S. spying. Flare-ups with other countries have been quick and harsh.

Brazilian President Dilma Rousseff nixed a state visit to Washington following reports that the U.S. was tapping into Brazilian communications and networks. 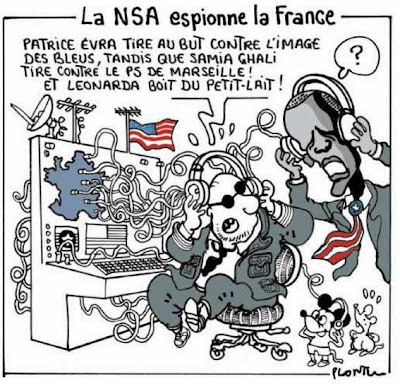 Plantu has a shocked NSA spy reporting to Obama and to Mickey Mouse (both have large, active ears, I guess) about the latest scandals in domestic French life, two of them involving French soccer clubs 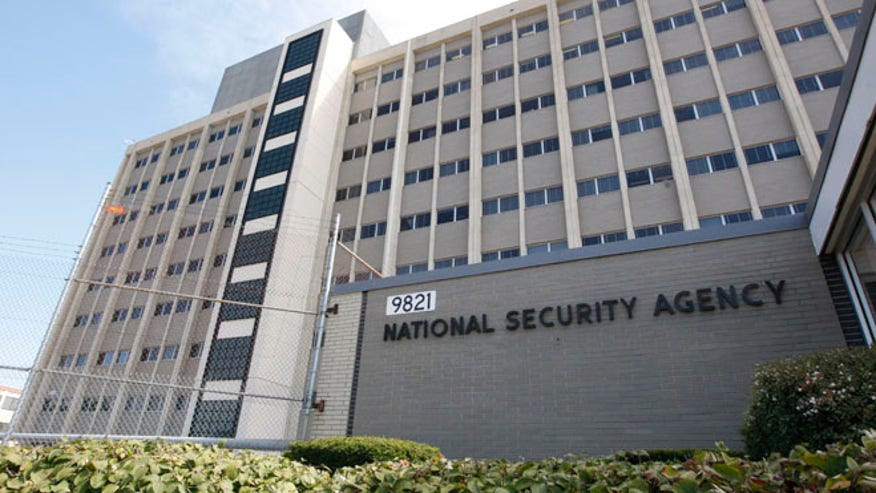 Related: Days after Hollande sternly told the U.S. in July to stop spying on its allies, Le Monde disclosed that France has its own large program of data collection, which sweeps up nearly all the data transmissions that come in and out of France