French Foreign Minister: France must "be able to remain an 'influential power' that is expected to speak out and is listened to and respected"

AT the last NATO summit in Chicago, very soon after he took office, President François Hollande set out his vision of our country’s place in the Atlantic alliance 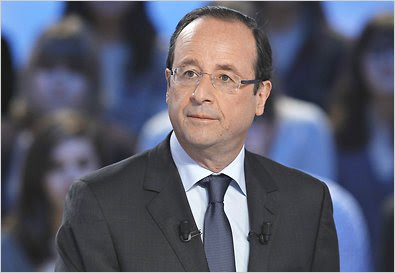 France is an ally that exercises its responsibility as a founding member and is committed to promoting common values but does not hesitate, if necessary, to air its differences honestly. This position is in line with the one the Socialist Party took in particular during the debate in 2009 on France’s return to the integrated command: allied yes, aligned no.


… In 2009, we [French Socialist Party members] did not support a return to the integrated command, but there is no question of organizing a permanent to-ing and fro-ing, and there would be little point in leaving it again today. However, we must ensure that our return, now officially endorsed, does not result in a trivialization of our foreign policy or a deterioration of our ability to make decisions and act, but on the contrary, in the growth of our influence and capabilities.

In this way, France will play its full role in an organization whose chief mission is to enable democracies with shared values and interests to organize effectively their armed forces’ interoperability while guaranteeing their collective defense.

The report [pdf] that the former foreign minister Hubert Védrine has just presented to the French president on our country’s role in NATO is a highly useful contribution to the work of the White Paper Commission tasked with considering our defense and security policy agenda.

The report shares the same agenda. In particular, it emphasizes a twofold need: to strengthen our influence within the alliance by showing ourselves to be vigilant there, and to be more proactive in building a European defense.

These recommendations are pertinent. In order to implement them and optimize NATO’s role in the new world around us, our policy must set itself at least three goals.

1) For France, NATO must remain a special instrument of the trans-Atlantic relationship for the sake of values and interests we share — Europeans on the one hand and Americans and Canadians on the other. NATO is the natural framework for our forces’ joint engagement with the Americans.

In this context, France will act to pursue the reform of the alliance in order to make it more effective. It will continue to shoulder its responsibilities, while preserving autonomy in its fundamental choices: to implement its nuclear deterrent; to withdraw its combat troops from Afghanistan, as it has now done; to develop a NATO anti-missile defense mechanism — for which, at the alliance’s latest summit, President Hollande set out his conditions, endorsed by the other 27 heads of state and government; and more generally, to retain freedom in the use of its forces and develop Defense Europe, which is an integral part of the project of political union.

France will also continue working to strengthen all areas of cooperation between NATO and Russia, which in our eyes is a vital partner in different fields, such as Afghanistan and the fight against piracy and terrorism.

2) There must be calm discussion — facilitated by President Obama’s re-election — of a new sharing of security and defense responsibilities between Europeans and Americans. The United States needs a reliable European ally capable of shouldering all its responsibilities.

The Libya crisis showed that Europeans could play their part in dealing successfully with a conflict. We took on the bulk of the risks, responsibilities and military contributions. But the crisis also showed that we still need the support provided by the United States. Insofar as it has the necessary capabilities — as is not sufficiently the case today — it should be the European Union that acts when Europeans’ security interests are primarily at stake.

In a few months’ time, for example, the E.U. will have to play its full role supporting the United Nations in helping Mali regain its sovereignty and fight terrorism. For the same reason, it would be good to start thinking about the responsibilities it will have to take on alongside the future Syrian authorities.

3) The efforts initiated for Defense Europe must be pursued. NATO can make its contribution, but it is up to the Europeans first of all to work on it among themselves.

This project is consistent with what we are doing to ensure that the European Union has a coordinated foreign policy with the means to make and implement decisions. We must act now toward this end, whereas our country, mobilized these past few years by its return to NATO’s integrated command, has been rather sparing when it comes to the resources devoted to Defense Europe.

We are going to continue working to build support for this project among European institutions and all our European partners, including the British. Defense Minister Jean-Yves Le Drian and I recently hosted a meeting with our German, Italian, Spanish and Polish colleagues in order to make progress, calling on all the member states to join us in developing this project in cooperation with our main partners, who obviously include NATO.

All these approaches must allow France to guarantee its independence and its capacity for action in a new world and at a time when we are facing strong budget constraints. We shall thus be able to remain an “influential power” that is expected to speak out and is listened to and respected.