Asking a socialist to embrace austerity is like asking a prostitute to embrace chastity: it’s simply not part of the business model 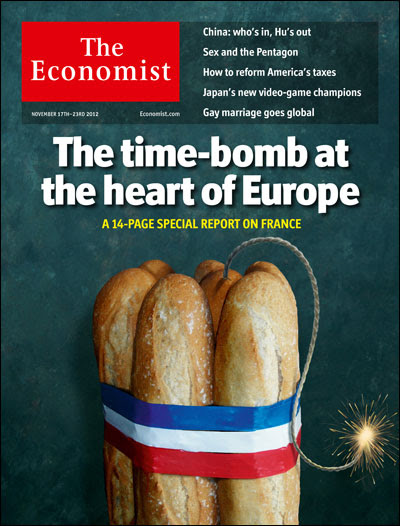 Three reactions to The Time-Bomb at the Heart of Europe (A Special Report on France) in The Economist:

SIR – I read your special report on France and found it to be faultless (November 17th). A lot of commentators agree with me on this side of the Channel. I have led companies in India, Ireland, France and Switzerland. Nowhere is it more complicated or frustrating than in France. This is not only because of the high cost of labour imposed by the welfare system; it is mainly because of the time and energy spent in dealing with unions and their numerous committees and representatives. But at least I respect the unions. The bigger problem is with legislators and the political cowardice that results in the accumulated laws that makes the code du travail so monstrous.

An example of political nonsense in French business is the plan for a new airport near Nantes. Nothing justifies this airport, which will fail to attract traffic. It is a white elephant on which public money will be spent just so that the government and its regional allies can save face, and in the middle of a financial crisis. London’s airports are two to three times more productive than the big Paris airports thanks to excellent flight controllers who don’t go on strike all the time. 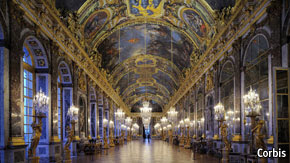 The definitive lesson in French management seems to be:
“That’s fine in practice. But it will never work in theory.”

SIR – France lives in perfect isolation and in a state of denial. No wonder that your report was welcomed here with an attempt to shoot the messenger. Entrepreneurs are treated as the enemy, not as people who create wealth. This government is chasing the wealthy out of the country. The problem is on both the right and the left. The Socialists laughed off your report, the UMP focused on their divisive leadership election, and the National Front, well they probably didn’t read it at all.

SIR – Well done: a kick in the pants is often a good motivator, 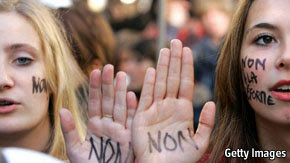 though I have no illusions after living here for 25 years that much will change. Asking a socialist to embrace austerity and labour-market reforms is like asking a prostitute to embrace chastity: it’s simply not part of the business model.