The story of New York cops arresting a pair of midnight dancers in the (almost empty) subway (thanks to Valerie) also involves the war on photography, with the appearance of a video camera making New York's finest even more vicious (and leading them to call for… backup(!)). "When Hess began trying to film the encounter, things got ugly, Stern said."

Last year, of course, a similar story took place down in Washington with people dancing, relatively quietly, in front of the Jefferson Memorial being confronted by Park Rangers and Police (thanks to Carine), leading to these dangerous and vicious dancers getting unceremoniously thrown to the ground, choked, and hand-cuffed.

Caroline Stern, 55, and her boyfriend George Hess, 54, claim they were handcuffed for having happy feet on the platform of the Columbus Circle subway station — and spent 23 hours in custody as a result.

“I’m a dentist, and I’m 55, and I got arrested for dancing,” Stern told The Post. “It was absolutely ridiculous that this happened.”

It was nearly midnight when Stern and Hess, a film-industry prop master, headed home last July from Jazz at Lincoln Center’s Midsummer Night’s Swing. As they waited for the train, a musician started playing steel drums on the nearly empty platform and Stern and Hess began to feel the beat.

“We were doing the Charleston,” Stern said. That’s when two police officers approached and pulled a “Footloose.” 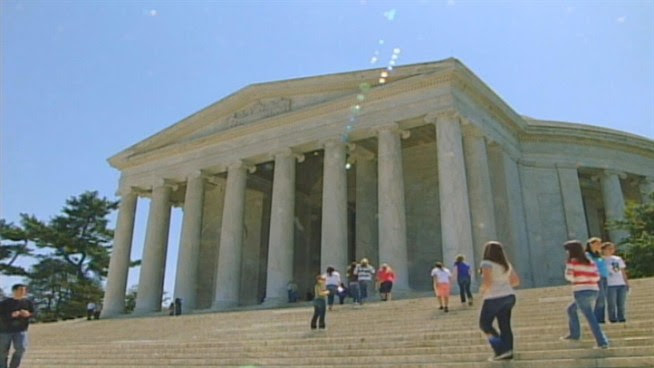 … When Hess began trying to film the encounter, things got ugly, Stern said.

“We brought out the camera, and that’s when they called backup,” she said. “That’s when eight ninja cops came from out of nowhere.”

Hess was allegedly tackled to the platform floor, and cuffs were slapped on both of them. The initial charge, according to Stern, was disorderly conduct for “impeding the flow of traffic.”

“There was nobody on the platform. There were, like, three people,” she said.