SINCE … Dominique Strauss-Kahn, the head of the International Monetary Fund, was arrested on sexual assault charges in New York, French politicians have been loudly expressing their horror at his “violent” treatment at the hands of America’s criminal justice system

France may think it had a revolution, but in fact it just got a new, and even more powerful, elite. 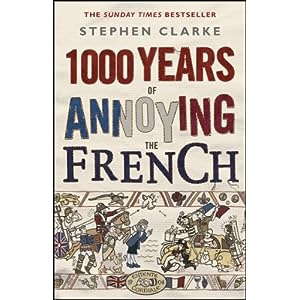 They believe themselves so indispensable to the running of the country that trying to topple one of them is a bit like threatening to shoot a prize racehorse for nibbling your lawn. You’re meant to shut up and let them nibble.

This is why the French establishment sees Mr. Strauss-Kahn — rather than the traumatized chambermaid the police say he attacked — as the victim. The same case would never have come out in the open in Paris. The woman would have been quietly asked whether she thought it was worth risking her job and her residence permit. She would have been reminded that it was her word against his, and frankly, whom would people believe? The witty, famous man with the influential friends, or the nobody?

French politicians are known to be serial seducers, and as a rule no one bothers them about it. …

… The most telling parallel with the Strauss-Kahn case is that of Roman Polanski.

Whatever his talents as a filmmaker, he fled the United States to France in 1978 to avoid being sentenced for unlawful sex with a 13-year-old girl. When he was arrested in Switzerland in 2009, at the request of the American authorities, the whole of the French cultural establishment rose up to defend him.

At this year’s Césars ceremony (the French equivalent of the Oscars), Mr. Polanski received an award for “The Ghost Writer,” which, to quote France’s most respected newspaper, Le Monde,

“marked his return to the family after his legal troubles.” They made it sound like a speeding ticket.

All of which leads me to my belief that even if Dominique Strauss-Kahn is convicted and has to serve time, he will someday return to France, publish his autobiography (which will, of course, be adapted for the big screen by Mr. Polanski) and eventually be made a government minister. Minister of gender equality, perhaps?