How dare he? How dare he?!?! Le Monde's Nicolas Bourcier can barely hide his shock at the fact that, in his new autobiography, George W Bush "has the gall" ("l'ex-président … ose") to defend his policies, from the War in Iraq to waterboarding. How typical of Dubya ("Du Bush dans le texte")! 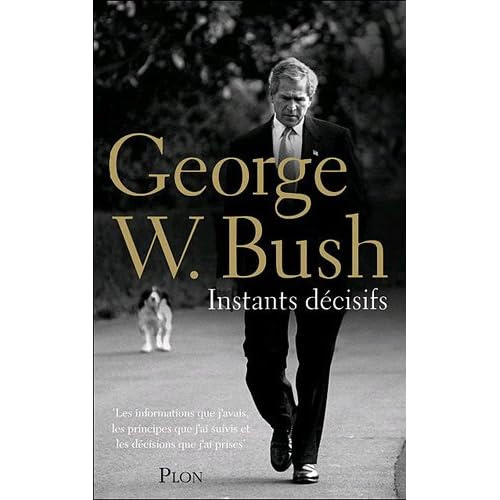 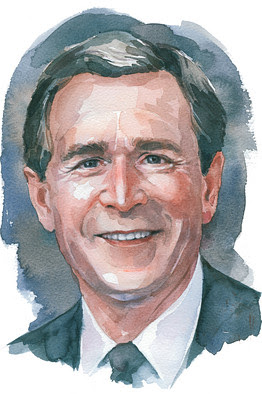 Meanwhile, the Wall Street Journal's Daniel Henninger wrote a book review of Decision Points while Kimberley A Strassel published an interview with Dubya, in which we learn that

there are the anecdotes about Jacques Chirac, who at several points lectures the U.S. on the folly of morality or idealism. When I ask the president if he wants to expand, he starts, stops, and gives that Bush chuckle. "Let's just say he wasn't a freedom-agenda guy."

If his book has an overriding theme, it is Mr. Bush's case for his "freedom agenda." He defines it broadly: from Afghanistan and Iraq, to his African AIDS work, to tax cuts. One major criticism of his Iraq policy is that the turmoil in that country has empowered Iran, which continues to move toward a bomb.

"The notion that we went into Iraq and therefore the Iranians became emboldened—it was the opposite," Mr. Bush says. "The Iranians, it turns out, suspended their program," he continues, referring to a 2007 National Intelligence Estimate finding that Tehran had halted its weapons program in 2003. He says that it wasn't until mid-2005 that Iranian elections brought to power Mahmoud Ahmadinejad, who announced the process of nuclear enrichment would accelerate. 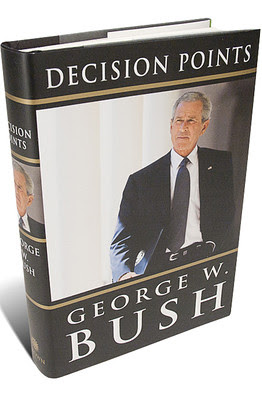 As for those who feel Mr. Bush wasn't aggressive enough, the president disputes the notion that Iran can be compared to Iraq. "Diplomacy was just beginning in Iran, the world was just beginning to focus," he says. Mr. Bush takes credit for "helping focus" that attention.

…What about the critique that Afghanistan was left to fester while the president dealt with Iraq, setting up a return of the Taliban and the need for President Obama to send more troops? "What I say is, we had a large coalition of troops in Afghanistan and it looked like we were making progress." He notes that "when it became apparent that the NATO coalition was not able to cohesively deal with the Taliban," he ordered a 2006 "silent surge" in Afghanistan—a 50% troop increase. "We were plenty capable of doing two things at the same time."

Mr. Bush writes that one of two major "setbacks in Iraq" was not finding WMD.

He writes it still gives him a "sickening feeling." I ask why, given the myriad reasons he lays out for removing Saddam. The problem, he says, was what the lack of WMD meant for the public's perception of the war.

In contrast to the ugly cartoon figure drawn by his opponents, Mr. Bush is unfailingly gracious to virtually all his opponents, including Cindy Sheehan, the antiwar activist who had lost a son in Iraq.

In Sean Hannity's Fox News interview (thanks to Vincent), the "Former president reflects on years as commander in chief during driving tour of Crawford ranch"