In France, "policemen are becoming fine-writing or arrest-making machines" and "they are cutting themselves off from the citizenry" 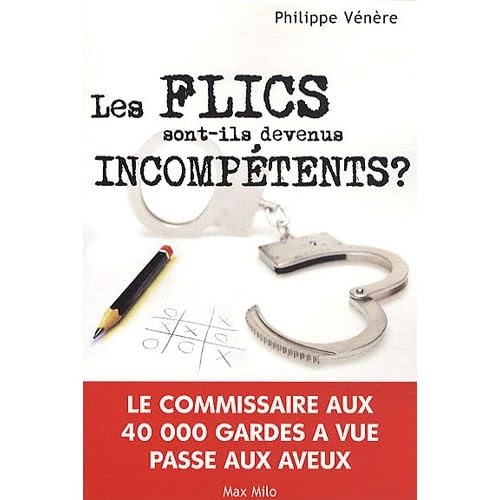 As France has relaxed the rules on times when police custody (garde à vue) can be resorted to, writes Benoît Hopquin in Le Monde,

more and more citizens are put behind bars "temporarily", often for trivial reasons. The reputation of the police, says a veteran policeman with 37 years of experience (which amounts to a personal total of 40,000 instances of taking people into police custody) — who has written a book called Have Cops Become Incompetent? — is suffering from the resulting dehumanization.

In the eyes of public opinion, policemen are becoming fine-writing or arrest-making machines. Little by little, they are cutting themselves off from the citizenry.