It's a Danish study. What do you think it's going to say? Zimbabwe is numero uno?

I also want to know how Turkmenistan came in at no. 18, ahead of Luxembourg and the UAE. Turkmenistan is still a functioning dictatorship, only recently gotten rid of a dictator who:

“spent his 21 years in power building Turkmenistan into one of the world's most isolated regimes while imposing his mark on the gas-rich Central Asian state.
He styled himself Turkmenbashi, or "Father of all the Turkmen", and spent giant sums building sumptuous memorials to his own wisdom, including a 75-metre-tall (246 feet) tower in central Ashgabat whose summit is a statue of himself.”.

"A note on happiness: 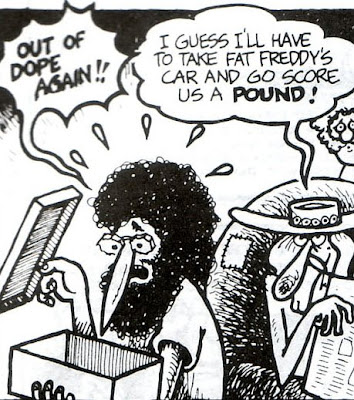 Danes may well be the most contented people around but, as someone recently said, true happiness is not measurable and having low expectations met doesn’t really count. It might also be pointed out that answering survey questions about how happy one is as a Dane doesn’t rule out the possibility that one might tell fibs for fear that say, Sweden, will pip you in the happiness rankings. Remember, happiness is a patriotic duty: keep on grinning.

A note on eco-friendliness:

Often touted as the greenest society in the world, Denmark also produces more trash per person than any other EU country and is more reliant on coal power than China. Want to recycle that plastic bottle or eat a vegetarian meal in this eco haven? Good luck. Still, moves are afoot to take the country in the right direction and its pioneering use of wind power, as well as the army of cyclists, are something to be proud of."

What’s more telling about happiness, though, might be where the those self-identified “happiest national populations” rank in global suicide rates:

It’s also telling that the first 8 nations mentioned on the list have a population that roughly adds up to number 9.

It seems to be that there are three strong determinants to not being suicidal, and therefore not being very unhappy, statistically speaking:

1. Being a Jew: of all the Jewish countries (Israel and the republic of west Baltimore), things are lookin’ good for ya.
2. Being Catholic: Except for Poland, the Catholic majority countries are at the bottom of the list of people most likely to kill themselves.
3. Not being European helps too: 16 of the top 25 nations known for their high suicide rates are in Europe.

Conclusion: there is a continent, whose population is preoccupied with self-lionizing, where optimistic feeling about the future are so great, that committing suicide is more widely considered evidence of happiness than anywhere else on earth. Barring that, then simply telling oneself one is happier than the rest of the earth will do.
Posted by Joe at 09:05