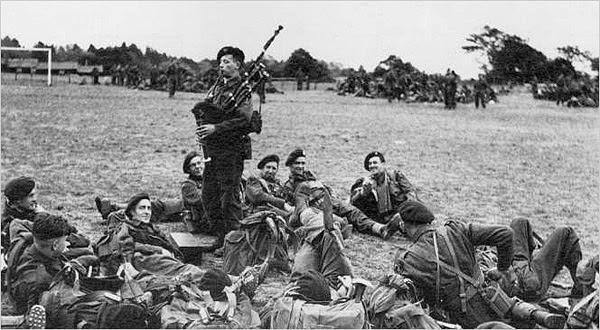 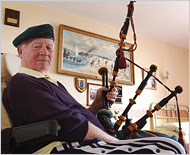 Bill Millin, a Scottish bagpiper who played highland tunes as his fellow commandos landed on a Normandy beach on D-Day and lived to see his bravado immortalized in the 1962 film “The Longest Day,” died on Wednesday in a hospital in the western England county of Devon. He was 88.

In later years Mr. Millin told the BBC he did not regard what he had done as heroic. When Lord Lovat insisted that he play, he said, “I just said ‘O.K.,’ and got on with it.” He added: “I didn’t notice I was being shot at. When you’re young, you do things you wouldn’t dream of doing when you’re older.”

He said he found out later, after meeting Germans who had manned guns above the beach, that they didn’t shoot him “because they thought I was crazy.”