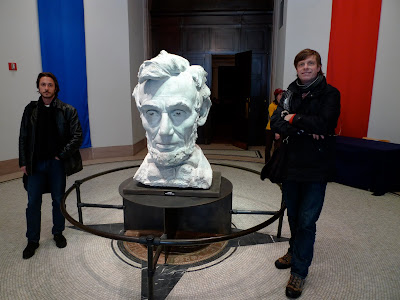 Present at the Cooper Union's commemoration of the 150th anniversary of Abraham Lincoln's February 1860 visit to New York City and of his speech in the Peter Cooper-founded venue — widely credited with being crucial to handing Honest Abe the Republican Party's nomination for presidential candidate three months later — Erik Svane and Dan Greenberg (authors of the upcoming graphic novel, The Life & Times of Abraham Lincoln — which is, really, more of a graphic "biopic") decided that their readers might want them to share a preview of the book's Cooper Union sequence… 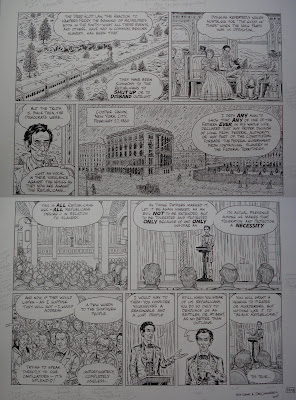 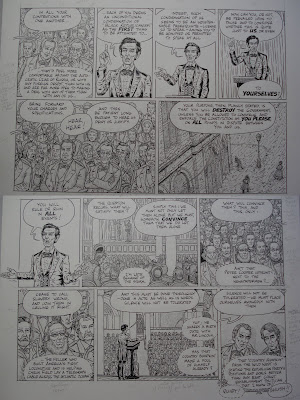 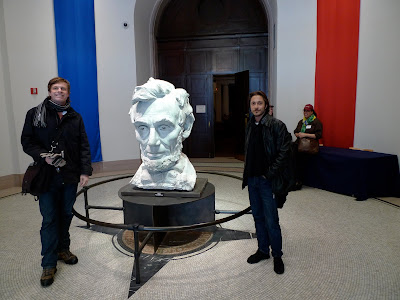 Included in the Cooper Union sequence from Svane and Greenberg's graphic biopic are the remarks that Lincoln addresses to the Republican Party's adversaries; read them below or on the first and second pages above and… ask yourself how much things have really changed in a century and a half…

…when you speak of us Republicans, you do so only to denounce us as reptiles, or, at the best, as no better than outlaws. You will grant a hearing to pirates or murderers, but nothing like it to [Republicans]. In all your contentions with one another, each of you deems an unconditional condemnation of [Republicanism] as the first thing to be attended to. Indeed, such condemnation of us seems to be an indispensable prerequisite — license, so to speak — among you to be admitted or permitted to speak at all. Now, can you, or not, be prevailed upon to pause and to consider whether this is quite just to us, or even to yourselves? Bring forward your charges and specifications, and then be patient long enough to hear us deny or justify.