How Come So Much of What Honest Abe Spoke of 150 Years Ago Seems Relevant Today?

How come so much of what Abraham Lincoln spoke of 150 years ago seems relevant today?

A careful reading of Abraham Lincoln's speeches seems to bring up pertinent comments on or about: the stimulus, the ever-increasing debt and deficits, the arguments for reforming (and ditching) the Constitution, the Democrats' double standards, and the caricature made of the Republican Party and their members (such as Sarah Palin) and like-minded people (such as the tea partiers) contrasted with the heroic image bestowed upon the Democrats and progressives' standard-bearers (such as Barack Obama), and the élites of the East Coast, the Ivy League universities, and Hollywood.

Incidentally, Dan Greenberg's and my graphic novel biography of Honest Abe, The Life & Times of Abraham Lincoln, is slated for publication later this year…

Doesn't Abraham Lincoln's Speech in the Illinois Legislature on the State Bank (January 11, 1837) sound somewhat like the subprime mess, the stimulus, and the search for ever-larger deficits?


It is an old maxim and a very sound one, that he that dances should always pay the fiddler. Now, sir, in the present case, if any gentlemen, whose money is a burden to them, choose to lead off a dance, I am decidedly opposed to the people's money being used to pay the fiddler …

These capitalists generally generally act harmoniously, and in concert, to fleece the people, and now, that they have got into a quarrel with themselves, we are called upon to appropriate the people's money to settle the quarrel.

… I make the assertion boldly, and without fear of contradiction, that no man, who does not hold an office, or does not aspire to one, has ever found any fault of the Bank. … No, Sir, it it the politician who is the first to sound the alarm, (which, by the way, is a false one.) It is he, who, by these unholy means, is endeavoring to blow up a storm that he may ride upon and direct. It is he, and he alone, that here proposes to spend thousands of the people's public treasure…

Doesn't Abraham Lincoln's June 20, 1848, Speech on Internal Improvements (first para below) and his February 13, 1848, letter to a Josephus Hewett (second para) sound like he is talking to those who wish to ditch or at least reform the Constitution and the Electoral College?


I now wish to submit a few remarks on the general proposition of amending the constitution. As a general rule, I think, we would much better let it alone. No slight occasion should tempt us to touch it. Better not take the first step, which may lead to a habit of altering it. Better, rather, habituate ourselves to think of it, as unalterable. It can scarcely be made better than it is. New provisions, would introduce new difficulties, and thus create, and increase appetite for still further change. No sir, let it stand as it is. New hands have never touched it. The men who made it, have done their work, and have passed away. Who shall improve, on what they did?

I was once of your opinion … that presidential electors should be dispensed with; but a more thorough knowledge of the causes that first introduced them, has made me doubt. Those causes were briefly these. The convention that framed the constitution had this difficulty: the small states wished to so frame the government as that they might be equal to the large ones regardless of the inequality of the population; the large ones insisted on equality in proportion to population. They compromised it, by basing the House of Representatives on population, and the Senate on states regardless of population; and the executive on both principles, by electors in each state, equal in numbers to her senators and representatives. Now, throw away the machinery of electors, and the compromise is broken up, and the whole yielded to the principle of large states. … Have you reflected on these things? 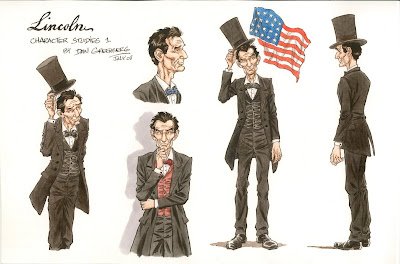 Doesn't Abraham Lincoln's 1854 Fragments on Government sound like he is (re)asserting what true Americans stand for — belief in the individual and the common man?


Most governments have been based, practically, on the denial of equal rights of men … ours began, by affirming those rights. They said, some men are too ignorant, and vicious, to share in government. Possibly so, said we; and, by your system, you would always keep them ignorant, and vicious. We proposed to give all a chance; and we expected the weak to grow stronger, the ignorant, wiser; and all better, and happier, together.

Moreover, with regards to Washington politicos trying to submit every part of society (and their allegedly ignorant, vicious members) to government control:


This is a world of compensations, and he who would be no slave, must consent to have no slave. Those who deny freedom to others, deserve it not for themselves.

Doesn't Abraham Lincoln's Speech on the Sub-Treasury at Springfield (December 26, 1839) sound somewhat like he is refuting what the holier-than-thou Democrats insist is the difference between themselves and the greedy, flawed, treacherous members of the demonized opposition party?


Mr. Lamborn [a prominent Democrat] insists that the difference between the Van Buren party [the Democrats], and the Whigs [to a certain extent, the forerunners of the Republicans] is, that although, the former sometimes err in practice, they are always correct in principle — whereas the latter are wrong in principle — and the better to impress this proposition, he uses a figurative expression in these words: "The Democrats are vulnerable in the heel, but they are sound in the head and the heart."

The first branch of the figure, that the Democrats are vulnerable in the heel, I admit is not merely figuratively, but literally true. Who that looks but for a moment at their Swartwouts, their Prices, their Harringtons, and their hundreds of others [who have also handled the nation's purses in, uh, less than an honest way], scampering away with the public money to Texas [then an independent republic], to Europe, and to every spot of the earth where a villain may hope to find refuge from justice, can at all doubt that they are most distressingly affected in their heels with a species of "running itch."

It seems that this malady of the heels, operates on these sound-headed and honest-hearted creatures, very much like the cork-leg, in the comic song, did on its owner: which, when he had once got started on it, the more he tried to stop it, the more it would run away. At the hazard of wearing this point thread bare, I will related an anecdote, which seems too strikingly in point to be omitted.

A witty Irish soldier, who was always boasting of his bravery, when no danger was near, but who invariably retreated without orders at the first charge of an engagement, being asked by his Captain why he did so, replied: "Captain, I have as brave a heart as Julius Caesar ever had; but some how or other, whenever danger approaches, my cowardly legs will run away with it." So with Mr. Lamborn's party. They take the public money into their hand for the most laudable purpose, that wise heads and honest hearts can dictate; but before they can possibly get it out again their rascally "vulnerable heels" will run away with them.

Seriously: this proposition of Mr. Lamborn is nothing more or less, than a request that his party may be tried by their professions instead of their practices. Perhaps no position that the party assumes is more liable to, or more deserving of exposure, than this very modest request.


O ho! Judge [Douglas]; it is you, is it, that thinks a man [or a woman] should furnish proof of superiority of statesmanship, before he [or she] is looked to as a candidate for the first office? Do please show us those proofs in the case of your "gallant and honest man, Frank Pierce." Do please name a single one that you consider such. What good thing, or even part of a good thing has the country ever enjoyed, which originated with him? What evil thing has been averted by him? Compare his proofs of statesmanship with those of Mr. Fillmore, up to the times respectively when their names were first connected with presidential elections. 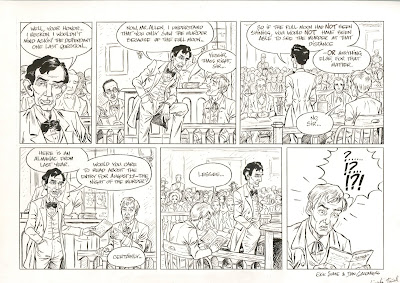 Doesn't Abraham Lincoln's "few words" defending maligned Republicans and conservative principles "to the Southern people" during his Cooper Union speech of February 27, 1860, sound like he is speaking about principled Republicans and earnest tea partiers to today's Democrats, élite Easterners, university professors (and students), Hollywood bigwigs, and other self-declared liberals and progressives?


You consider yourselves a reasonable and a just people; and I consider that in the general qualities of reason and justice you are not inferior to any other people. Still, when you speak of us Republicans, you do so only to denounce us a reptiles, or, at the best, as no better than outlaws. You will grant a hearing to pirates or murderers, but nothing like it to "Black Republicans." In all your contentions with one another, each of you deems an unconditional condemnation of "Black Republicanism" as the first thing to be attended to. Indeed, such condemnation of us seems to be an indispensable prerequisite — license, so to speak — among you to be admitted or permitted to speak at all. Now, can you, or not, be prevailed upon to pause and to consider whether this is quite just to us, or even to yourselves? Bring forward your charges and specifications, and then be patient long enough to hear us deny or justify. 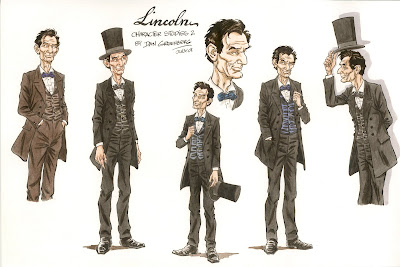 And — mournfully — this from Abraham Lincoln January 27, 1838, Address Before the Young Men's Lyceum of Springfield:


At what point shall we expect the approach of danger? By what means shall we fortify against it? Shall we expect some transatlantic military giant, to step the Ocean, and crush us at a blow? Never! All the armies of Europe, Asia and Africa combined, with all the treasure of the earth (our own excepted) in their military chest; with a Buonaparte for a commander, could not by force, take a drink from the Ohio, or make a track on the Blue Ridge, in a trial of a thousand years. At what point, then, is the approach of danger to be expected? I answer, if it ever reach us it must spring up amongst us. It cannot come from abroad. If destruction be our lot, we must ourselves be its author and finisher. As a nation of freemen, we must live through all time, or die by suicide.