writes Investor's Business Daily (no, no, the fact that Times op-ed editor David Shipley served in the Clinton administration has nothing to do with it) while Bobby Eberle adds that "It has been shown time and time again that the mainstream media are dominated by liberals and left-leaning reporters."

The "newspaper of record" doesn't want John McCain's views on Iraq to go on the record, at least not while Barack Obama is on his magical media tour. The truth about Obama is unfit to print?

that the Times was trying to protect Obama, at least during his trip, from reminders that he opposed the surge and the war and was wrong on both counts.

Among the things the Arizona Senator said that the NYT didn't want you to read was:

The success of the surge has not changed Senator Obama's determination to pull out all of our combat troops. All that has changed is his rationale. In a New York Times op-ed and a speech this week, he offered his "plan for Iraq" in advance of his first "fact finding" trip to that country in more than three years. It consisted of the same old proposal to pull all of our troops out within 16 months. In 2007 he wanted to withdraw because he thought the war was lost. If we had taken his advice, it would have been.

…I have said that I expect to welcome home most of our troops from Iraq by the end of my first term in office, in 2013.

But I have also said that any draw-downs must be based on a realistic assessment of conditions on the ground, not on an artificial timetable crafted for domestic political reasons. This is the crux of my disagreement with Senator Obama.

Senator Obama has said that he would consult our commanders on the ground and Iraqi leaders, but he did no such thing before releasing his "plan for Iraq." Perhaps that's because he doesn't want to hear what they have to say. 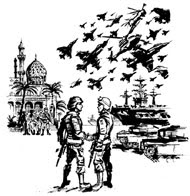 …Senator Obama seems to have learned nothing from recent history. I find it ironic that he is emulating the worst mistake of the Bush administration by waving the "Mission Accomplished" banner prematurely.

I am also dismayed that he never talks about winning the war — only of ending it. But if we don't win the war, our enemies will. A triumph for the terrorists would be a disaster for us. That is something I will not allow to happen as president.