An Inexcusable and Terrible Disservice to Millions of Iraqis

I was saddened to read of the murder of Steven Vincent in Basra, not only because the independent journalist wrote one of the best books to emerge from post-Saddam Iraq.


Among other pertinent insights on his four months' worth of solo expeditions through the country, Vincent takes the mainstream media to task in In the Red Zone, saying "words matter": 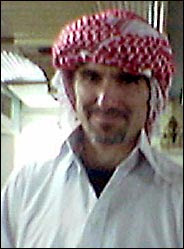 Once, in a Baghdad restaurant, I overheard some Westerners and Iraqis discussing the conflict — when the Westerners asked what they thought of the "occupation", one Iraqi retorted, "What 'occupation'? This is a liberation."

…How, then, should we describe this war? What words and concepts define the situation more accurately? Since Iraq is now liberated, we might replace "occupation" with a word taken from the post-Civil War era: "Reconstruction," as in, "the Coalition is reconstructing Iraq." We might then exchange the term "guerilla fighters" for the more precise term "paramilitaries." Rather than noble warriors fighting to liberate their people, "paramilitaries" evoke images of anonymous right-wing killers terrorizing a populace in the name of a repressive regime — which is exactly what the fedayeen and jihadists are doing. Or we could simple dust off the venerable term "fascists."

Vincent used to point out that when the mainstream media reported on similar groups of masked reactionary killers operating in Latin American countries, they use the phrase "paramilitary death squads." This is not semantics, he would note: Same murderers, different designations.

I repeat: words matter. Terms like "paramilitaries," "death squads", and "fascists" clarify the nature of the enemy and underscore a fundamental point that the American media has inexcusably ignored. it is the Iraqi people who are under attack. They are the victims, their future is threatened, they are bleeding from wounds inflicted by pan-Arab Baathists and pan-Islamic jihadists. By calling these neo-fascists the "Resistance" the media reverses the relationship of assailant and defender and renders a terrible disservice to the millions of Iraqis who oppose, in ways large and small, these totalitarian forces. …


How did this happen? How did the media confuse the real forces of resistance — police officers, administrative workers, translators, truck drivers, judges, politicians and thousands of others — with men who plan car bombings, assassinate government officials, and rampage through religious shrines in their quest to reinstate tyranny? Part of the reason is the anti-American bent of the international media: many reporters will sacrifice anything — including journalistic integrity — to defame the U.S. effort in Iraq.