The decline of the British (television viewer’s) Mind 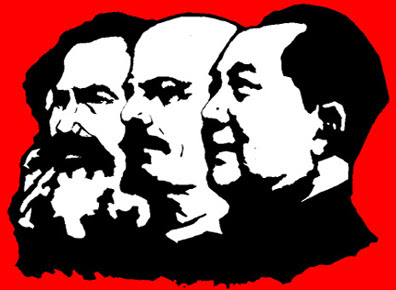 In a poll to select “the greatest philosopher” BBC viewers have passed up both Mel Brooks and Thomas Aquinas, and chosen Karl Marx. Apart from having been laughably stacked by college punks, it made me think of this little paragraph written by Kevin Phillips on his blog as he was trying to be gentle in explaining why he blasts troll comments:

« I am further eliminating arguments based on Karl Marx and his class warfare thesis. About one quarter of Americans and 65.3% of university professors use this analytic tool. The problems are that it is irrelevant 99.8% of the time, it is the most repeated mantra in English and the human models derived from this analysis have led to Stalin, Castro, Mao and several other nightmares. We don't need this dirty underwear on this blog.»

Never mind the fact that Marx wasn’t a philosopher, he was an economist, and a very, very bad one who believed in a thing that doesn’t occur in nature called the zero-sum game. I have to give them SOME credit, Karl Popper made it up to number 10, but oddly enough Burke, and virtually none of the great minds of the enlightenment seem to have appeared on the rapidly dimming Beeb-watcher’s radar screen.
Posted by Joe at 20:23