Rehash of 2017: The Run-Off for French President Will Again Feature Macron Vs. Le Pen 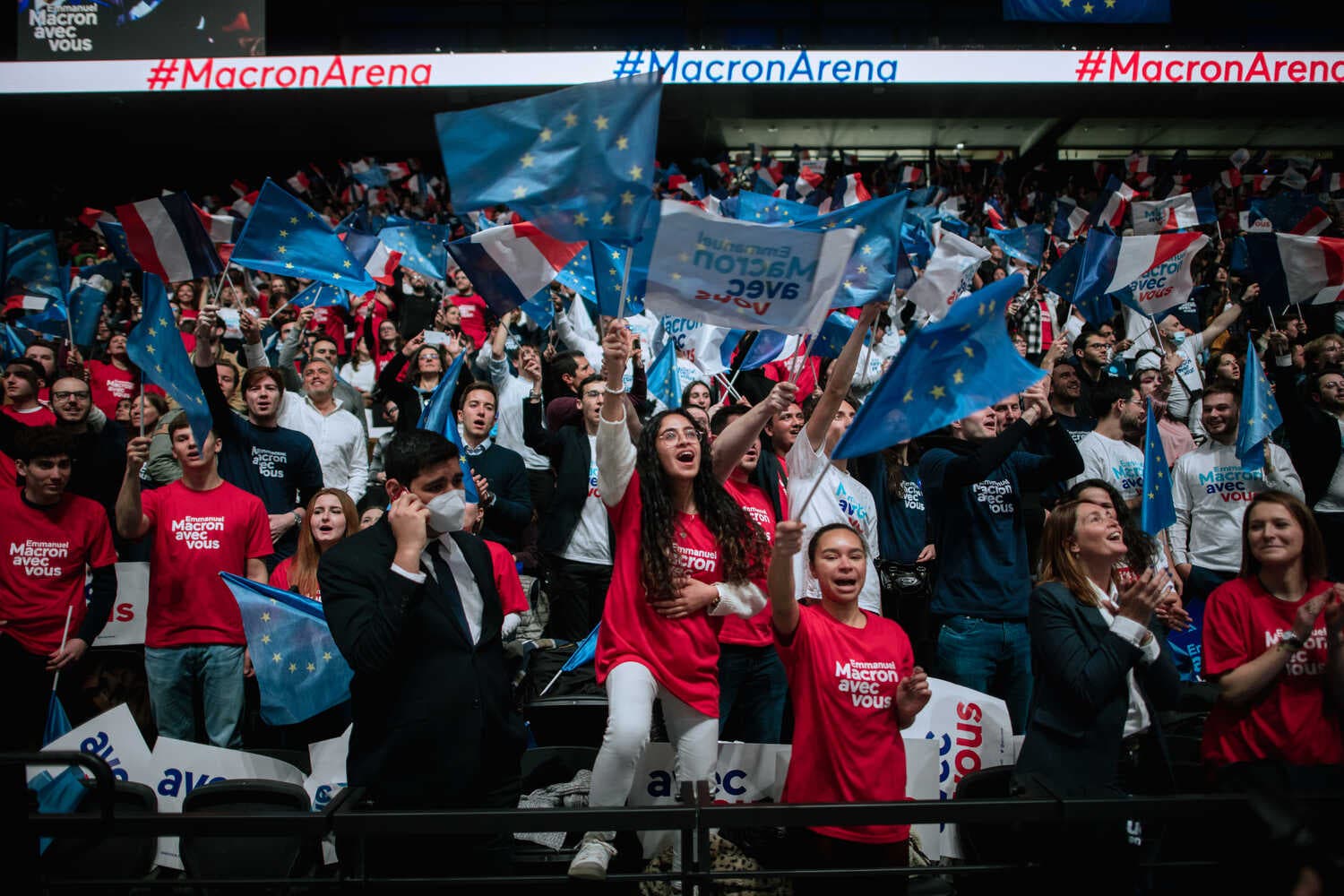 The results of the first round in the French presidential elections are in, and the second round will again, just like in 2017, feature Emmanuel Macron — this time the incumbent — against Marine Le Pen.

President Emmanuel Macron will face Marine Le Pen, the French far-right leader, in the runoff of France’s presidential elections, according to projections with 92 percent of the vote counted.

Mr. Macron led with about 27 percent of the vote to Ms. Le Pen’s 24 percent, after she benefitted from a late surge that reflected widespread disaffection over rising prices, security and immigration.

With war raging in Ukraine and Western unity likely to be tested as the fighting continues, Ms. Le Pen’s strong performance demonstrated the enduring appeal of nationalist and xenophobic currents in Europe. Extreme parties of the right and left took some 51 percent of the vote, a clear sign of the extent of French anger and frustration.

Although many conservatives in America have equated the rebellious Le Pen family with their own brand of politics and see them as kindred souls — including when a Le Pen came to CPAC a few years ago (it was in fact not the leader but her niece, Marion Maréchal-Le Pen) — this blog has on warned many times over the past dozen years how that may amount to wishful thinking.

Even if there is no disagreement that France's political and cultural élite are fully deserving of having their noses rubbed in the dirt, the following should not be forgotten: Marine Le Pen has repeatedly advanced left-leaning, statist policies (yes, at least she does intend to keep the services from illegal immigrants) in addition to, on the subject of foreign relations, expressing her desire to choose Russia as an ally over the U.S. (walked back recently, but only after the Kremlin invaded Ukraine).

More on the leader of le Front National, which was renamed le Rassemblement National in 2018:

• The Leader of the Front National, Allegedly France's
Equivalent of the Tea Party's Extreme Capitalists,
Says That “Obama is way to the right of us”…

• The Question Arises: Is the Le Pen Party Extreme Rightist
or Is It Actually a Reincarnation of the Communist Party?

• Marine Le Pen: France Should Leave NATO, "Turn Its Back"
on the American "Hyper-Power", and "Turn Towards Russia"

Update: Thanks for the hyperlink, Ed.

In response to a handful of criticisms in Instapundit's comments section, we responded with various excerpts from the following base message.

As the main blogger on No Pasarán for the past 18 years — as well as the author of this post — I would be very grateful to learn exactly where in the text above there is any endorsement of Emmanuel Macron or any "NeverLePen" argument.

All we are saying is that, fortunately or unfortunately, Marine Le Pen is not the equivalent of Donald Trump or Ron DeSantis and that there are (many) reasons to take the daughter of Jean-Marie Le Pen with a grain of salt.

In that perspective, it is no sin to admit that conservatives, foreign as well as American, have been wrong in the past:

To take two recent examples: Boris Johnson was, and is, a maverick whom most of us (not least this blog) have been quite fond of. Therefore, nobody can deny that it was eye-opening (to say the least) when the Brexit champion 1) brought about one of the most abusive lockdowns in Europe and 2) betrayed Donald Trump by declaring his delight that 45 had been defeated by Joe Biden in the 2020 election. (Still, that doesn’t make any of us a NeverBoriser or make us not prefer him to a lunatic Labor candidate during the next election).

Before the 2016 election, there is no denying it, a number of us NP bloggers were skeptical of Donald Trump (although nothing that made us anything close to NeverTrumpers). Most Republicans in Paris were depressed the day Ted Cruz threw in the towel. That changed when 45 proved as wrong (already before the inauguration when the president-elect brought down the price of the next Air Force One Boeing and chose a real soldier, Jim Mattis, to head the defense department).

Two recent examples where many conservatives, foreign as well as American, were wrong.

What would you have us do? Refrain from reporting that Marine Le Pen has said that “Obama is way to the right of us” and that France Should Leave NATO, "Turn Its Back"
on the American "Hyper-Power", and "Turn Towards Russia"?

How does that not guarantee more unpalatable surprises? How does that make us better than the mainstream media?

We need to keep our eyes open, ladies and gents, don’t you think?

And the truth is that there is no equivalent of America’s conservative wing outside the United States— none, at least, that can compete on a national level.

In addition, we would be very grateful to learn what exactly makes any of us, or the No Pasarán blog, anything approaching RINO status.

And that, in view of the fact that we have never opposed the Tea Party — au contraire (what on Earth have you been smoking?!). We further challenge you to find any post in which we have not always enthusiastically endorsed any opposition to the Deep State — in the United States, in the UK, in France, or in any other Western country.

As for Donald Trump, we have said — long before Jon Voight did — that he is the best president this country, and the world, have had since Abraham Lincoln.

If you can find anything — any post, any sentence — that shows we are not true conservatives or that the above is not true, please be kind enough to share them in Instapundit's, or in this post’s, comments section 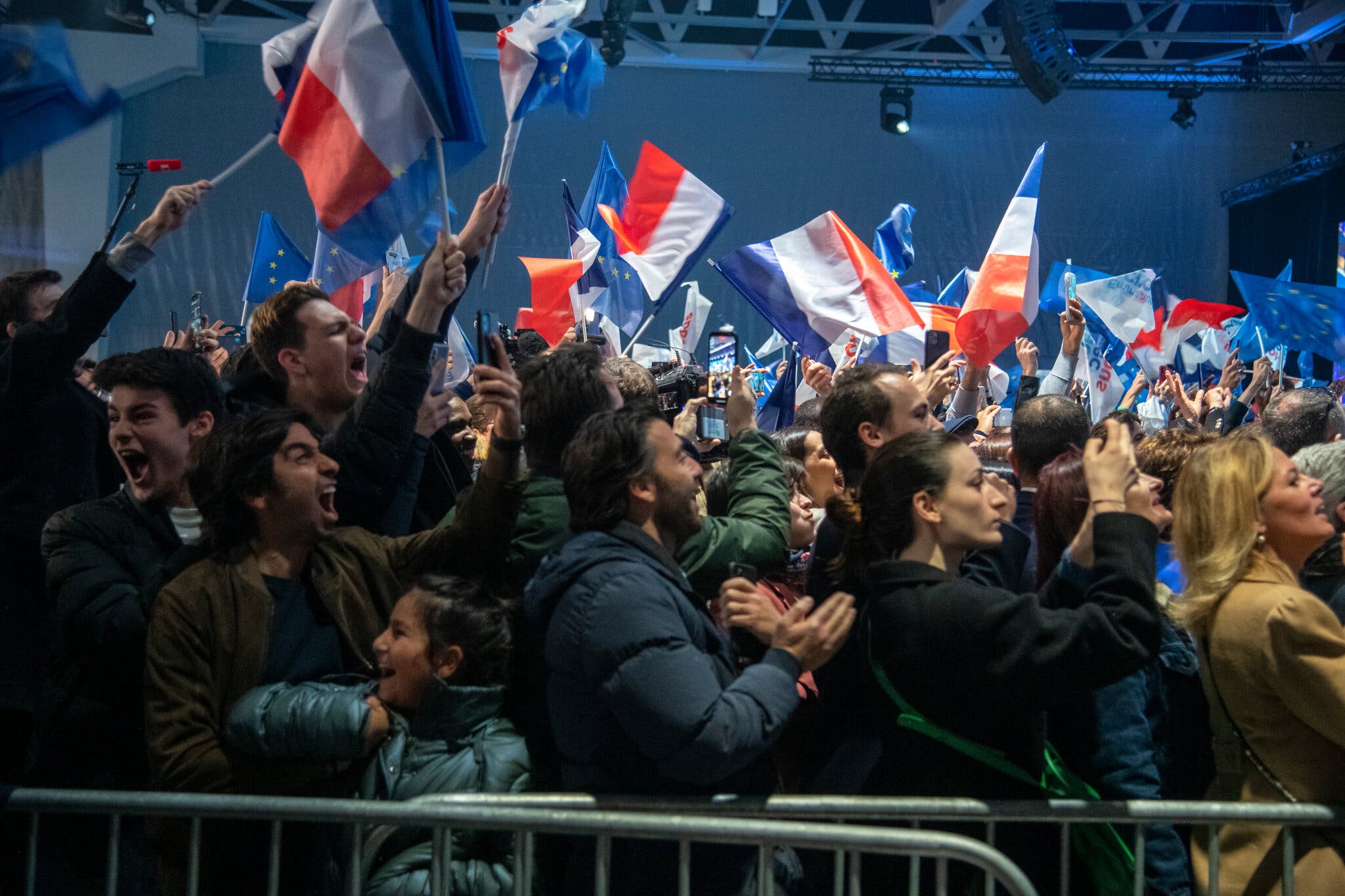 I blogged about their run off 5 years ago.

It is depressing how little of that needs rewriting now that Macron has been president for almost 5 years.

"If you're not 110% with us, you're against us" is not just for the Left. I've often said Trump is the worst President we've had in modern times....except for all the others. Post-Trump, is the government any smaller, any less powerful, any less intrusive, any cheaper than it's ever been?

While this post finds me in general agreement, i feel that the following statement needs an additional qualification:
And the truth is that there is no equivalent of America’s conservative wing outside the United States— none, at least, that can compete on a national level.
(There is already a qualification after the hyphen, of course.)

The additional qualification is that, in many ways, Trump has made the US "more like Europe", and especially the Nordic countries; and i mean that in a good way. Am i the only person on this planet to have noticed this?

Let's start with electoral integrity. It should have been clear since at least the 2000 election that US elections are somewhat farcical, with plenty of opportunities for fraud. Which is not the case in Europe -- at least, not in any European country that i am familiar with (and i spent more than 3 years in each of 5 European countries.) Yet, it took Trump to bring this issue into the open. He did it out of personal interest; but still, he did it!

Or take political corruption. The US is obviously behind the Nordic countries in this respect, but with the Clinton and Biden crime families, it seems to me that the US has fallen behind even Italy -- and not just Italy in this century, but even Italy in the 1980s.
Again, Trump acted out of personal interest in fighting the Clinton/Biden corruption, but he did act.

Much the same could be said about illegal immigration and abortion policies: Trump tried to make the US more like Europe, with some success. And wrt deregulation, Trump followed the trend of the Nordic countries and some other enlightened Europeans.

Add to that Trump's fondness for central European ladies, and Trump can be considered the most European President since the Founding Fathers :)

But as i said i do not want to detract from the value of this post.

Rod Dreher, among others, thinks US conservatives could learn quite a bit from recently viktorious Viktor Orban. The pro-family, pro-Hungary Hungarian First conservative.

Anti-Putin, but not so happy with Zelenskyy, either.

It might be that anti-establishment sentiment in France is enough for Le Pen to win.

Russia's invasion is a great opportunity for her to lead into a (Trump-like)
France First.